How To Do a Complete Research for Your New Design Project

Measuring is mostly a boring process and people aren’t very enthusiastic when it comes to this thing, but it’s extremely important to determine correctly the values of some factors. It’s a universal necessity and of course, measuring has its capital role in logo design. It’s useless to mention how important it is to have the perfect sizes of the logo shapes, but measuring is important even to better quantify the progress of a logo designer. For example, as a logo designer it would be great to have an idea about what it takes on average to create a logo. A good estimation is priceless.

We live in a fast forward world and time is the most valuable resource. So, it’s obvious why measuring turns into such an important activity. Altogether, if you are on the road to success, then the haste is your main enemy! No doubt, measuring has its importance, but some facts shouldn’t be strictly monitored. The research phase in a logo creation process is one of the things that shouldn’t be time sensitive. It’s true that a research period can’t last for months, but making a deep and complete one is vital for the success of a logo. Many people, including logo designers, don’t understand or don’t want to understand that a good looking logo isn’t automatically successful. A good looking logo is a necessary condition for a successful one, but it’s not enough. A logo must transmit the core values of the brand represented and even though it seems a simple task, the reality proves that it’s really difficult. The connection between the values of the logo and the brand represented is made by the logo designer only after undertaking a good research. In the next lines I want to convince you about the importance of research. This process is neglected because it doesn’t have immediate material results…you may make a research for some days and the results are just some thoughts written down on a paper. A specific and understandable mistake of the logo creators is hurrying into developing sketches and eventually working on the computer.

Why You Should do Research

We consider that it is more convincing to give you some detailed reasons in favor of making a good research; so here are the most important Three Advantages.

Advantage #1. A better understanding of the client

Making a logo without having any idea about the client is similar to the case of an athlete that is running but he doesn’t know where the finish line is. A logo must be in concordance with the client, with its approach and his core values. A logo just for the sake of its beauty is worthless. Studying the client is aimed at understanding him, at clearly determining what his business approach is and eventually at getting a better idea about the future development. Under these circumstances, it’s obvious that the logo designed would represent the client better.

Advantage #2. A better understanding of the competitors

A fact that every logo designer should be aware of is that no matter what deal they are trying to close, there will always be a competitor that they will have to defeat. So, when hired to create a logo for a client one should deeply study the competitors, too. It’s not simple, but it’s the single viable solution in order to create a standing apart logo. It’s quite possible that the core values of the competitors to be almost similar to the client ones and there is a risk to create a logo that didn’t “say” something different.

Having a solid theoretical knowledge is very important. A more experienced logo designer knows better how to identify the core values of a client and consequently, the logo would be faster created. As you noticed, no experienced logo designer skips the research phase, just works faster due to the past experiences. In conclusion, if you realize a good and deep research, next time it will be easier to spot the positive and the negative aspects of a logo. 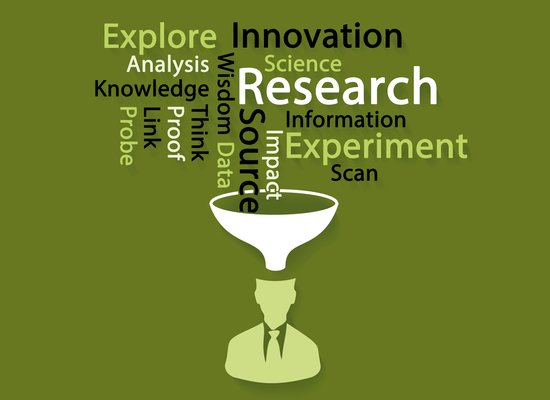 I guess that the above ideas convinced you about the importance of the research. It’s a subjective process, but there are some steps that seem to be universal valid. Even though logo design is a subjective field, the logic has its role in the working manner of a logo designer. For example, the research phase may be considered as a sum of facts in order to get the advantages presented above. More exactly, the logo designer must have a constant and fruitful dialogue with the client. Then the complete study of competitors is mandatory and the final step is to determine what is specific only for the client. As you have already noticed, the above advantages are determined by the research step. I hope that now, the logical enhancement is clearer.

The success of a good research is determined by some human traits of a logo designer. Superficially thinking, in the research stage the designer just searches on the Internet for some logo patterns and reads the client’s history. This is true, but it’s incomplete. Sometimes, a client doesn’t communicate efficiently, in other cases the identity of the competitors it’s not very clearly determined or it’s very difficult to “extract” what is specific just to the client. In conclusion, patience is a key factor for the success of a good research.

An analytical mind is more advantaged in making a good research because the designer must determine particular features from a big picture. Without any doubt, a strong analysis is capital for the success of a logo. Thirdly, but lastly, being a good communicator is important, too. A designer that isn’t able to cursively communicate encounters many issues; therefore time and resources are wasted.

In the end, I hope that I have convinced you about the importance of a good research. Indeed, instant results can be seen by taking care of this phase, in a professional manner. This is the fundament of the logo and as we all know, everything that isn’t built on a strong fundament is weak. In conclusion, be responsible when dealing with this stage and you will avoid creating weak logos!

6 Easy Ways to Create Your Own Hipster Logo (Infographic)