The marketers who have long business also cannot avoid the crisis on his company; it is as experienced by Mc. Donald’s who often experience get crisis in his company. Mc. Donald’s Franchise restaurant has more than 33,000 outlets worldwide,all frenchise restaurant belongs to Mc. Donalds provide more profit to its company, even according to Wikipedia: “In 2012, McDonald’s Corporation had annual revenues of $27.5 billion, and profits of $5.5 billion. Amazing right?

However, with the increasing number franchise of course more homework to Mc. Donald’s in overcoming the problems that arise. The crisis that emerged in his franchise certainly cannot be avoided, that’s why I am interested to discuss Mc. Donald’s in my article this time. And here are 5 major crises that have occurred in the management of Mc. Donald’s and solutions that you can learn from them.

As we already know that the economic crisis has hit America, all the brands have been affected, including Mc. Donald’s.

The crisis:
Based on NYTimes article: said that Third-quarter net income at McDonald’s fell 3.5 percent to $1.46 billion, or $1.43 a share, from $1.51 billion, or $1.45 a share, a year earlier. It missed analysts’ average estimate by 4 cents, according to Thomson Reuters. Total sales slipped 0.2 percent to $7.15 billion. Here is grafik percentage of sales decrease belongs to Mc. Donalds

Mc. Donalds strategy:
The decrease in sales income is quite troublesome for Mc. Donald’s, the strategy adopted by Mc. Donald’s to face the economic crisis this time is will open fewer than planned Restaurants and reduce capital expenditure.

Responding of the world economy”  McDonald’s has tries to attract customers through cheaper deals on the menu and promoting combined dinners in Europe, the FT reports. (Source!)

#2. Growing concern about obesity in society 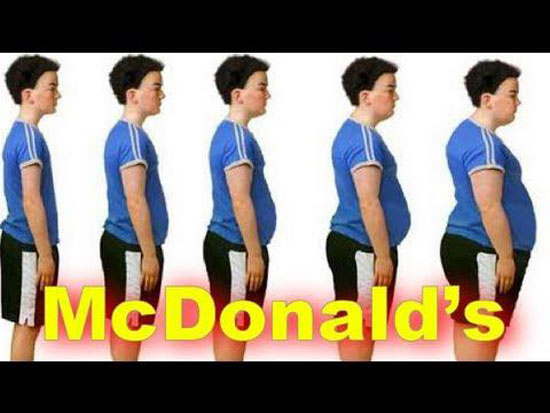 Did you know that based on fact in this article: within 30 years starting from the year 1980 to 2008 obesity in children increased to 3-fold!!.

The Crisis:
This fact can be very burdensome for Mc. Donald’s business development, this is because his product is accused obesity for all consumers. In the face of these demands Don Thompson as chief executive di Mc Donalds said “We don’t sell junk food. We sell a lot of fruits and veggies at McDonald’s and we are trying to introduce even more”.

Mc. Donalds strategy:
To prove his words, Mc. Donald’s has presented the nutritional information for its menu. The menu provided was given healthy menu option in the form of fruit smoothies, salads and putting apples in its “Happy Meals”, and even introduce egg white are becoming popular choice of breakfast menu. This method chosen by Mc. Donald’s to dispel the notion of junk food to the menu at Mc. Donald’s restaurant. (Source!)

Lesson learned: Prove that the negative perception of the company is wrong with presenting a better quality and choices product.

#3. Considered intrusive by the local community

The hardest thing for a company is if the local community, protest against the construction of the restaurant.

The crisis:
This is a huge crisis that would be quite difficult to resolve by Mc. Donald’s as a large company was not immune from this crisis. It began when Mc. Donald’s decided to set up 24-hours restaurant with a drive-thru outlet in Tecoma, 35km (20 miles) east of central Melbourne. The protest was conducted by the local community because would be too close to a nursery and primary school, and would damage other businesses also Disrupt the fabric of a community known for its leafy artists and wildlife.

Mc. Donalds strategy:
Mc. Donald’s certainly not silent when have to face crisis that occurred in Tecoma, based on BBC’s article: “We knocked on the door of every house in Tecoma and we discovered that nine out of 10 people did not want this”, says Garry Muratore, a spokesman no for McDonald’s in the Dandenong Range.

After getting this data Mc. Donald’s Tells BBC News: “We have due process Followed every step of the way to build a family restaurant on a highway that houses a number of food and service outlets. The area is zoned appropriately, we have an approved planning permit and we are moving forward. Mc. Donald’s choose the path of peace by conducting the mediation talks between the two sides and resulted agreement to drop the legal action.

“It will be a peaceful, non-violent protest that will go on as long as they are there,” says Garry Muratore. (Source!)

Lesson learned: When faced protests from the local community you should do mediation without involving the courts, because you cannot fight the urge local people without make agreement. 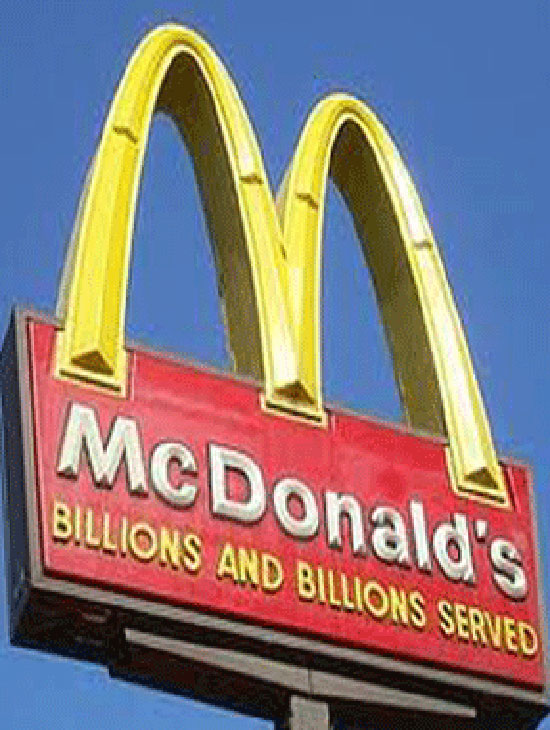 All restaurant that owned by Mc. Donald’s is use franchise system, using that system’s equally beneficial to the owner who can take advantage by use Mc. Donald’s brand to sell and profitable, with this system also give little risk but can get big profit.

The crisis:
Of course, in any business there are always obstacles and problems, this same as experienced by Mc. Donald’s behind the highly profitable system franchise, Mc. Donald’s have to face a revolt from the owner franchise. It begins when a store operator squeeze extra profits, by raising the price of rental, renovation, training and software costs. This made the owner complained and assumes that Mc. Donald’s does not understand the economic pressures of running a restaurant.

Mc. Donalds strategy:
As a result, that has reported on this article the company’s tone when dealing with operators “has become much more controlling and less inclusive”.

Facing this crisis, operators in California and Stockton have recently met to discuss ways to get McDonalds reduce rent and operational costs, and as anger rises, others owner are likely to follow suit.

Lesson learned: Between the two warring parties should be brought together, this is to found the best way to deal with grievances of the owners franchise.

The crisis:
Crisis experienced by Mc. Donald’s this time happened in China, where Mc. Donalds accused that broke the law by paying employees less than the terms prescribed by the state. Actually, this happens because of the new regulations is quite confusing for Mc. Donald’s.

Based on this article: Mc. Donalds deny any wrongdoing and chinese officials are currently investigating the accusations.

Mc. Donalds strategy:
At the time hearing this Mc. Donald’s decided to immediately make amends by meeting with local labor Officials to work out the problems. Should Mc. Donald’s in this matter to be really serious explain this issued to the public how the allegations could be happen.

Lesson learned: If there is a problem with the salaries of the employees immediately meet local labor to resolve the issue.

What do you think? What other benefits do you see in Mc. Donalds strategy face crisis above? Please leave your comments below.