“Design is not just what it looks like and feels like. Design is how it works” said Steve Jobs and we, the staff behind iBrandStudio, really believe in this idea. Average people, Internet addicted individuals or designers talk more and more about design. It seems that design is everywhere…which is true!

It’s extremely well that more people are paying attention to design, but at the same time, this situation generates lots of misunderstandings and confusions. As example, many people, especially the ones that don’t have many connections with the www world don’t make the distinction between graphic design, web design, print design, UI design or logo design.

The result is the confusion of people that need design services but aren’t sure about which kind of designer should be contacted. The confusion is amplified by the fact that a part of the designers are specialized in more than a single field.

In this post we will treat the roles of a graphic designer and of a logo designer, will highlight why so many people don’t realize the differences amongst them and their evolution in the medium or long term perspective.

#1. The job of a graphic designer

According to Wikipedia, a graphic designer may use the typography, the space and the images to create a final result. More broadly, a graphic designer is responsible for the creation of items that visually communicate- posters, banners, business cards, letterheads etc. A good graphic designer should have solid theoretical skills in the design area and must be extremely creative and flexible because his/her field of activity is quite large.

A graphic designer must be a good user of various design software solutions, too. That they use to design logo online free. The huge majority of graphic designers are skilled in working with the Adobe programs.

#2. The job of a logo designer

Now, I hope that the distinction between a logo designer and a graphic designer is clearer. As it was aforementioned, there are a couple of reasons why people still don’t manage to make the difference. We added here so you won’t fall in this catch.

#Both graphic and logo designer are design experts
The average people don’t have a clear image about how vast the design area is and in their minds, graphic or logo designer means design experts. Partially, they are true, but it’s only a superficial thinking. Design is a huge field and nowadays, there is no pure designer because none have the intellectual capacity of becoming expert in all the design fields.

The future perspectives of a graphic designer 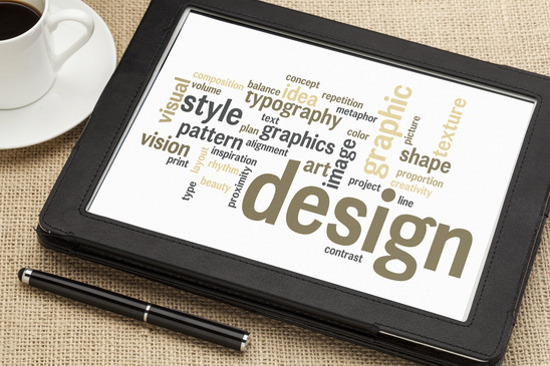 We must mention that each prediction from here is based on some valid premises, but it doesn’t mean that every statement forecasted must happen at a moment in the future. We believe that graphic design won’t change too much in the near future. The trends will come and pass, but the same basic principles will forever remain unchanged. The evolution of software solutions will simplify the work, but without any doubt, no program may replace the imagination and the talent of the designer.

Taking into account that the Internet became more and more a business environment, we have estimated that also graphic designer will become “more commercial”. It’s sad, but the entire planet has turned into a more pragmatic one and, yeah, the graphic designers are Earth inhabitants! In conclusion, the graphic designers will try by all means to attract more clients. Surely, there are and will be tons of pro bono or personal projects; the joy of creating amazing design project just for fun will never die.

The future perspectives of a logo designer

We expect that on the medium perspective, the job of a logo designer will be more focused on the marketable and commercial aspect of the final creation. The number of logos and brands will continue to raise and it will be harder and harder to create a logo that will be instantly recognized by people. I guess that the versatility of a logo will be highly appreciated; nowadays is used a large variety of modalities of promoting a brand and a logo must be adapted to this context. A logo is no more used in the header of a website; it’s used on business cards, huge banners or other kind of design projects.

In conclusion, a graphic designer is different from a logo designer, but they have many common features, therefore is pardonable why some people don’t make a distinction between them. On the other hand, it’s our duty as bloggers and designers to educate the public. I hope that you will appreciate our endeavors and it will be great to share with us your thoughts. We are waiting for your contribution.

28 Beautiful College and University Website Designs for Your Inspiration

12 Must Have Badges, Logos and Insignia for Your Strong Branding Presence

4 Comments
Leave A Reply
Popular Posts
We Recommend
Windows VPS by VPSServer.com
do my homework for me
Wallester.com White label card issuer