How to Leverage Security and Privacy as Brand Differentiators 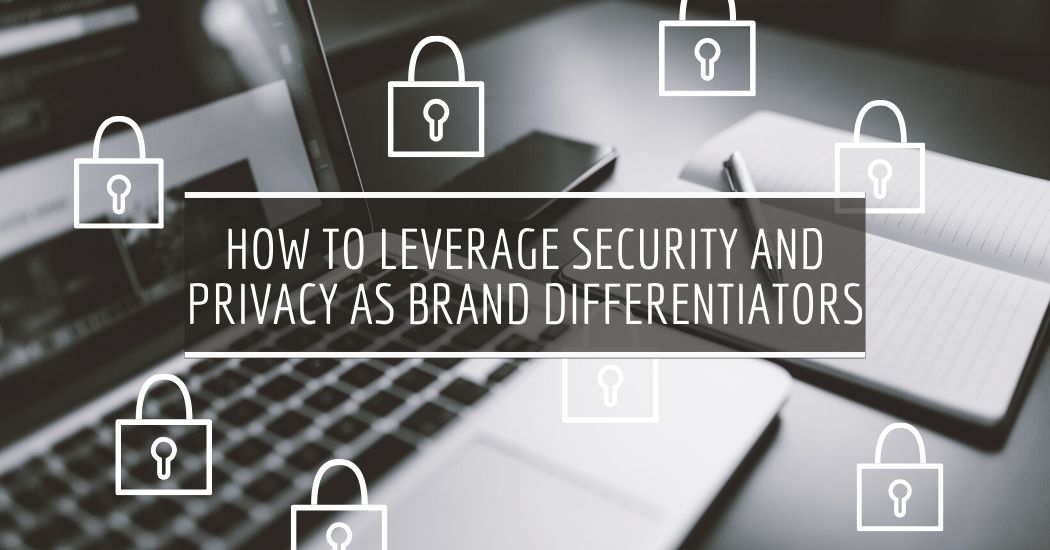 For a long time now, society has traded privacy and security for convenient features and ease of access. Meanwhile, companies, governments, and malicious groups were gathering up all that data.

It wasn’t until 2013 when Edward Snowden blew the lid on the NSA’s widespread spying techniques that people started to take notice.

After that came a slew of data breaches. They demonstrated how vulnerable everyone’s personal information is. And the data breaches haven’t stopped coming since, keeping privacy right there in the spotlight.

What this all means is that online privacy has become foremost in many people’s minds. And that doesn’t exclude your customers.

Last year, Tealium asked 1000 US residents if they were concerned about their privacy, and 97% said yes. A recent report from PwC revealed that between 80% and 90% of consumers mistrust how companies use their data. But customers often don’t switch to competitors because they don’t feel there’s a good alternative.

Taking all that into account, it’s clear that privacy and security can both be impactful brand differentiators. But there’s a big caveat to this: it has to be done right. Privacy violations are severe issues covered by significant regulatory laws, like the CCPA and GDPR.

Here’s a look at what all this means for a business looking to leverage privacy and security as compelling brand differentiators.

Marketing is a tough business. But creating a brand that has the promise of privacy as a central pillar is even harder. People don’t trust companies and the way they handle data. It makes it even more of a challenge.

On top of that, many organizations have realized the importance of privacy, albeit to some extent. And so they add a few platitudes in their branding materials to the tune of “We take privacy very seriously” and the like.

Even if the company does take it seriously, that statement doesn’t sound sincere. It further compounds the mistrust settling into consumers’ minds.

Then there’s the fact that some companies have exploited people’s trust time and time again. Not only because of data breaches but also general company practices.

For example, according to media reports, insurance companies monitor their clients’ social media profiles. Then they use the data they gather to increase people’s payments based on what they’ve shared.

Now that doesn’t breed a great sense of trust, does it?

How to Approach the Idea of Marketing Security and Privacy

When it comes to differentiating the brand with a focus on security and privacy, the tone and content of the communication are fundamental. This message mustn’t reflect the many other less serious platitudes currently spread around.

The message has to be sincere and clear-cut with no flowery language or grandiose promises. It doesn’t work that way when it comes to convincing people their digital safety is top of mind.

It should communicate the idea that the company is trying to be transparent with regards to how they collect and handle data. Not that it means going into every detail about every security measure your business takes.

But consumers want to know what data they’re giving up and how the company uses that data. Naturally, it would also be better if they have the option to choose how much and what information they want to share. The only way to reassure potential and current customers is to ensure they feel that they have control over the data they’re sharing.

It also depends on the type of industry the organization is in and the needs of its customers, of course. That is where market research comes in.

For example, a company may think it should collect fewer amounts of data, but the customers don’t really care about that. They may care about knowing that their data is secure. That would then influence both the security strategy and the message the company should put out there.

There’s no point in creating a glossy new privacy statement if you cannot back it up by real follow-through. That means the company should start investing in security measures now if it hasn’t already.

The single most crucial security feature any company can use is encryption. Encryption tools protect data with complicated algorithms. It prevents outsiders from gaining access to any information.

Businesses can apply encryption in many different ways. The ones a company employs depends on how it operates. It can include hard drive encryption, email encryption, and using a VPN (this one for instance) to encrypt employees’ network connections. Even securing passwords with tools like password managers make use of encryption.

Complying with the GDPR is a good idea too, even if the company isn’t located in Europe. It shows the company is committed to protecting its customers’ privacy at every level.

Which once again brings up the most significant part of this whole concept: follow-through.

Apple, as a brand, is an excellent example of this. They have established a strong stance on privacy and have so far stuck to their guns. Look at the time the company refused to give the FBI backdoor access to its iPhones during one of their investigations. That’s a consistent brand, and it wins people over. If Apple had relented, then that would have seriously hurt their brand.

At the end of the day, security isn’t supposed to be a marketing gimmick. It stands out as a brand differentiator because so many companies fail at being transparent or securing the data they collect.

Any responsible company that handles customer data has to keep it safe. But some companies do stand out in their commitment to protecting user data. And they also encourage their customers to adopt more secure habits themselves.