By now, Zeddie Little’s life has returned to normal. Just six months ago, however, Little became known all over the world as the ‘ridiculously photogenic guy,’ after a photographer snapped a picture of him running in Charleston S.C.’s annual Cooper River Bridge Run.

The picture itself wasn’t anything too out-of-the-ordinary, except that 25-year-old Little seemed to be beaming directly at photographer Will King. None of the struggle and effort seen on other runners’ faces was evident with Little; in fact, his hair was perfect and his stride seemed captured in an effortless motion.

Four days after the March 31 race, King posted the photo to Reddit.com, a site that calls itself ‘The front page of the internet.’ A friend of King’s had jokingly dubbed Little the ‘Ridiculously Photogenic Guy.’ Within an hour on Reddit, the post had received 300,000 views, thanks to ‘up votes’ by users that keep popular posts on the front page of the site.

What happened next is a testimony to the power of the Internet age. People began cropping the image of Little out of the larger photo, adding captions like “Walks on Earth — God Resigns” and “Runs Marathon and Wins — My Heart” and here for more…. These spread equally fast, but not in the typical ‘attachment within an email’ format that’s been used for two decades to spread humorous photos.

Little’s doctored images appeared across the Internet, from popular sites like Mashable.com to ICanHasCheezburger.com. Within a week, Little and photographer King even appeared on Good Morning America, where Little announced that he’d be running the New York City marathon for the John Ritter Foundation for Aortic Health. See his live video here.

Apart from that commitment and a few straggler calls from bloggers and media outlets, Little’s ’15 minutes of fame’ came and went within about a month.

The phenomenon behind Little’s spread is called a ‘meme.’ It’s an old concept, essentially referring to any idea or behavior that spreads between people within a culture. Some memes are widespread and backed by the government — a red octagon means ‘stop’ — while others are passed around by individuals and businesses.

While there’s no magic bullet for creating a viral Internet meme that will spread itself, the same principles that gave the Ridiculously Photogenic Guy legs across the web can benefit your company’s next marketing outreach as well.

Zeddie Little wasn’t selling anything when he smiled for the camera, and the lack of marketing intent behind the meme contributed to its success. It’s too bad for the restaurant or PR company that he works for in New York that he wasn’t wearing their logo on his shirt.

It is possible to create memes with subtle marketing. People love funny kitten photos. Why not stage one with your logo somewhere in the image? Alternatively, companies have begun to utilize existing memes, including Virgin Media’s usage of the popular ‘Success Kid’ photograph, featuring a baby giving a victorious Tiger Woods-esque fist pump. 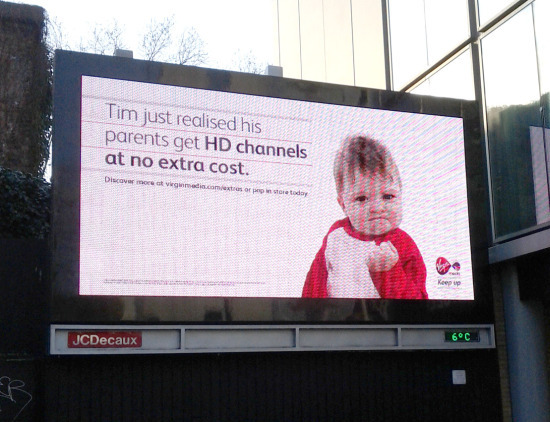 Virgin created their own slogans for the popular photograph, further spreading the meme while using it to their own benefit (although they may face copyright issues — a story that’s still unraveling). Could they have replicated the photo with their own fist-pumping baby and avoided those problems?

A meme is not just an email attachment or a link to spread. It’s an invitation to be creative. When the first person wrote a caption on Zeddie Little’s picture, it immediately motivated dozens more to think of their own funny descriptions.

You’ll want your marketing effort to be open-ended, meaning that you’re okay letting other people use it and spread it as they see fit. If you’ve created a marketing tool that you’ve trademarked, copyrighted, and want to retain exclusive rights to, chances are that it’s not going to spread naturally on sites like Reddit, Digg, or StumbleUpon.

Humor is everything when it comes to memes. Two of the most successful marketing memes of the last 20 years are the Taco Bell Chihuahua and the King of Burger King.

Even though these two characters were clearly peddling fast food with a distinct designation to one restaurant, their humor led people to overlook the fact that they were being advertised to. Those campaigns even led to one man independently choosing to don the Burger King costume and run across the field at a Florida State University football game. As you can see in this video:

The man was arrested, so let’s hope Burger King recognized the huge value of that free advertisement and paid his legal fees.

Likewise, it’s still not uncommon to hear diners chowing into a bean burrito and mumbling, “Yo Quiero Taco Bell,” the trademark phrase of the Chihuahua. Many people, no doubt, still think of Taco Bell whenever they see a Chihuahua.

What other memes can you remember spreading in your lifetime? What ideas do you have to become the next Ridiculously Photogenic Guy?

Anita Brady is the President of 123Print.com. The website offers promotional and office organization supplies like affordable business cards, banners, note-cards, personalized mugs and other items that combine high quality and customization with an affordable price.

A Showcase of 45+ Creative Logos with Ribbons

Giveaway: 3 Web Hosting Accounts for A Year from Zyma.com