Middle country is starting to recognition by international companies, due to the economic crisis that is sweeping the continent of Europe and America. In middle country their economic more stable that’s why middle country is become the new branding target for market a new product.

Continuing from my previous article: Product Branding Secret in Middle Country with Facebook. On this article, I will reveal the reason behind the manufacture branding of the beverage products that we can find only in middle country. These are some examples of such products:

Pizza Hut (corporately known as Pizza Hut, Inc.) is an American restaurant chain and international franchise that offers different styles of pizza along with side dishes including salad, pasta, buffalo wings, breadsticks, and garlic bread.

Pizza Hut is a subsidiary of Yum! Brands, Inc., the world’s largest restaurant company. According to its corporate website, there are more than 6,000 Pizza Hut restaurants in the United States, and more than 5,600 store locations in 94 other countries and territories around the world. (wikipedia)

As we know with the spread of Pizza Hut restaurants in several countries, pizza hut taste and implement strategies for people like, here are some example of typical pizza hut product which offers a menu of public craze in midlle country.

People in Arabs in general like to eat in a group. And since the family is most of the time large (5 persons and more), so eating together is the best thing for them. They speak to each other, laugh, have jokes and make fun. This tradition of being together is ancestral, that’s why it is not surprising that the share of foods in Arabs countries is larger than the other.

The Arabs like cooked fat both from the tail of the sheep and clarified butter (samn), other part of the Islamic regions like the Mediterranean used vegetable oils like olive and sesame oil.

Bread in the early Arab food diet was cooked beneath coals or red-hot stones, ideally ones that had been used to roast the meat so some of the fat becomes saturated with the meat fat stuck to the stones.

Like what Arabs like, that’s why Pizza hut provides a menu of foods that are eaten garlic bread with the meat and sauce that has been adapted to the like of the Egyptian. 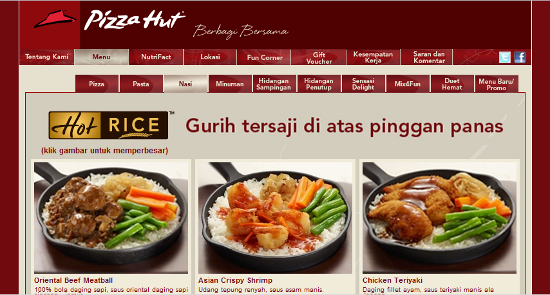 Just as the Egyptian Pizza Hut Indonesia presents a menu that does not exist in each country with the passion customized Indonesia is rice, Indonesian society is like rice for the main food in every day. Pizza Hut in Indonesia fulli understands about this, so they set up menu for connoisseurs of rice in Indonesia, because the pizza hut is famous for its pizza but pizza hut still strive to fulfill all the wishes of its customers, by preparring rice menu in its shop, some trick pizza hut that the customer when in their shop can order many kinds of menu not only pizza, intresting right? 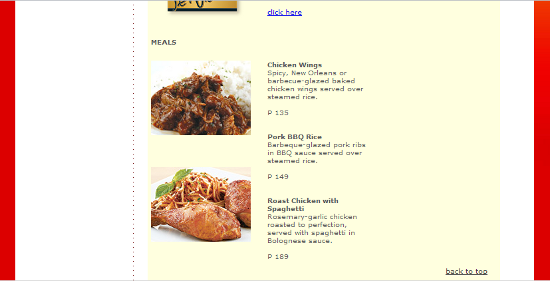 Pizza hut in Philippines also serve rice, pizza hut together with Indonesia, which is different here is the theme menu at pizza hut Philippines provide all-around hot, take a look at the picture above the HOT word emblaozoned on the menu, so it is not surprising that pizza hut menu in philippines served Chicken wings spicy, this is because the indulgence Filipino comunity who love spicy food, Intresting i think with 3 different example country in this article pizza hut serves a different menu in accordance with the passion and culture in every country.

Coca-Cola is a carbonated soft drink sold in stores, restaurants, and vending machines in more than 200 countries. It is produced by The Coca-Cola Company of Atlanta, Georgia, and is often referred to simply as Coke (a registered trademark of The Coca-Cola Company in the United States since March 27, 1944). (Wikipedia)

Coca-Cola has long developed its brand to various countries, such as those expressed by wikipedia on Coca-Cola have store that sells products in more than 200 countries, it is not surprising because the Coca-Cola marketing strategy is popular in community in every countries, as we see below this coca cola create a unique product that only exists in the country, as in Thailand, Brazil, and China

CAFÉ ZU: CAFÉ ZU is a ready-to-drink canned coffee with ginseng developed for hard-working males between 25 and 35 years old. Refreshing and invigorating, CAFÉ ZU has a totally unique, delicious taste. 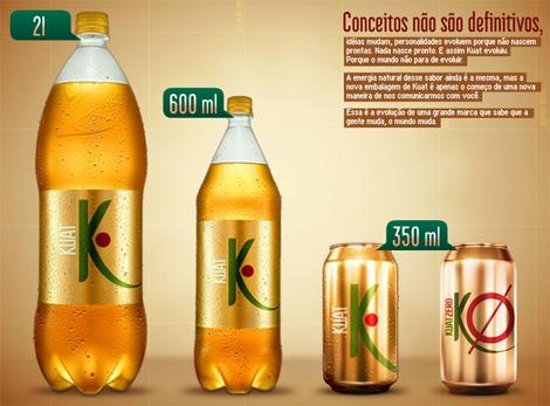 The use of the guaraná berry pre-dates the discovery of Brazil. The Guaranis, an Amazon tribe, were found taking a drink made from the powder of the roasted and ground seeds of the berries. The natives claimed that this drink made from a “miraculous plant” could give such endurance that by drinking it one could go on a hunt for days without food and without feeling hunger or fatigue. The Guaranis would also tell of the drink taking away headaches, fever and painful muscle spasms, and a cure for bowel movements. In the Guaranis culture, guaraná plays a very important role, as it is believed to be magical, and a way to regain strength.

It is utilized by coca cola, with public confidence in Brazil are very trusting of usability and functionality of guana berry fruit, then coca cola drinks that contain specially made guana berry extract. KUAT brands are given the taken from the name of the sun god amazon tribe. Coca cola in Brazil even has acres of gardens to produce berries guana dedicated to supplying this baverages.

The latest developments in smart energy drinks are including no chemical caffeine and no chemical names Colorful, exotic flavors and a fun, non-conforming personality have made this soft drink the choice of Chinese kids and teens. The first carbonated drink designed by The Coca-Cola Company specifically for China, Smart satisfies consumer demand for high-quality carbonated soft drinks in this fast-growing market.

Coca-Cola in china saw this with tendency of people started to like and look for health drink because they try to be health conscious amidst all the pressure of a high and fast paced life. With the increasing demand, there are unlimited possibilities. Therefore, creating a health drink coca cola with nutrients include all the vitamins and minerals and that society chinese can have in just one gulp. Health can be just in one drink after all.

Lesson: Search for an appropriate sense of community practice

Nestlé S.A. (French pronunciation: [nɛsˈle]) is the world’s largest food and nutrition company. Founded and headquartered in Vevey, Switzerland, Nestlé originated in a 1905 merger of theAnglo-Swiss Milk Company, established in 1867 by brothers George Page and Charles Page, and Farine Lactée Henri Nestlé, founded in 1866 by Henri Nestlé. The company grew significantly during the First World War and again following the Second World War, eventually expanding its offerings beyond its early condensed milk and infant formula products. Today, the company operates in 86 countries around the world, and employs over 280,000 people. (Wikipedia)

One of the countries that were targeted branding to develop a recipe that nestle has dropped down in the middle countries there is Brazil and Philipine. Here are some examples products be developed from a traditional recipe in the country.

The Chocolate Surpresa was a brand of chocolate made by Nestlé in Brazil. It was introduced on 1983 and made a lot of success on the 1980s decade as well as the early 1990s, but its popularity withered after that and it ceased to be produced in the year of 2000. The chocolate itself was a common black milky bar, flat and thin. But what really made it achieve so much success was that each of them would come with a figure made on a thin cardboard paper with a picture of an animal on it. (Wikipedia)

Nestle’s packaging on display in this supresa chocolate brazil attract residents, with animals showing signs of strength for the people of Brazil including the tiger and jaguar. 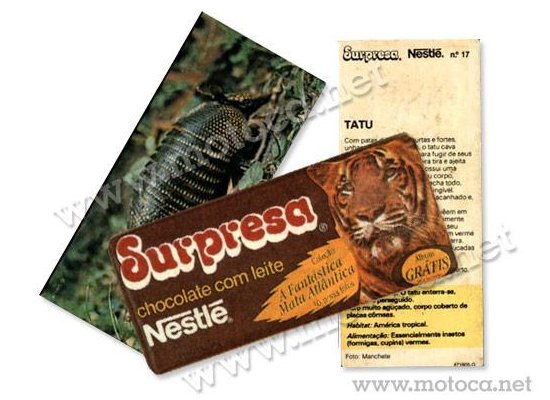 Sorbetes is a Philippine version of ice cream usually peddled from street carts in the Philippines. It is distinct from the similarly named sorbet. It is usually served with small wafer or sugar cones and recently, bread buns. It is made from coconut milk, unlike other ice creams that are made from cow’s milk or any other animal milk.

Sorbetes an old fashioned ice cream pre-existing in the Philipine will change the packaging, but Nestle’s ice cream has become more practical by adding a Nestle brand in it, at first ice cream is only sold by traditional community with stroller.

Sorbetes ice cream that was origilnally sold with a cart around. 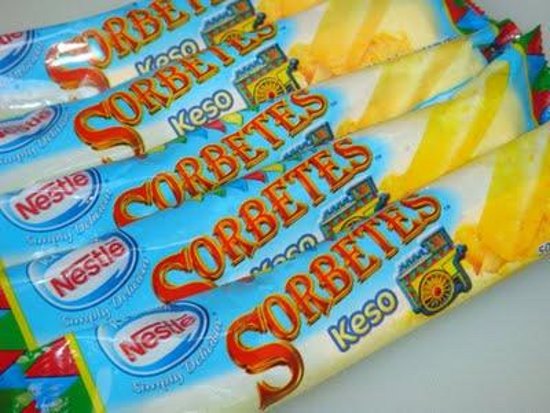 Sorbetes ice cream that has been packaged in a practical way by Nestle.

Lesson: Develop existing ancient recipe fell down in the country to our brand br providing a more practical packaging and attract public attention.

Development of branding in the present can’t be predicted with any problems in the developed economies, requires us to develop more products that we already have to be more acceptable in the middle of the country today, is a promising target market.

How about you, whether there was an attempt to perform well in the middle country branding? Please share your experience with the coment below.