Middle Country is a commonly used for describe a country with low levels of material weel-being. Because there is no fixed definition of middle country that are recognized internationally, the level of development could be varied in the developing world. A number of middle countries have an average standard of living is high.

That is what is usually used by large companies to develop their brand to the middle country, due to the condition of the Europe and America economics was entering a stagnation period, unstable financial, as well as an increase in debt, and did not rule out anyway if they were more popular branding in middle country of origin the company was founded.

And one of their marketing strategies is by optimizing facebook fan page. Why they use facebook? Because today has more than 900 million active users (Facebook on Wikipedia). Now, we’ll learn the secret of big player on Food & Beverage Companies were expanding their brand in Middle country using facebook.

Coca-cola is the company that originated in Atlanta, and improve its marketing in Gorgia since 1890-1900 with an increase of as much 4000%, amazing right?
Coca cola not just stopped there, the company has began raising their marketing area to middle country, here is one example Coca-Cola facebook fan page exists in Egypt. 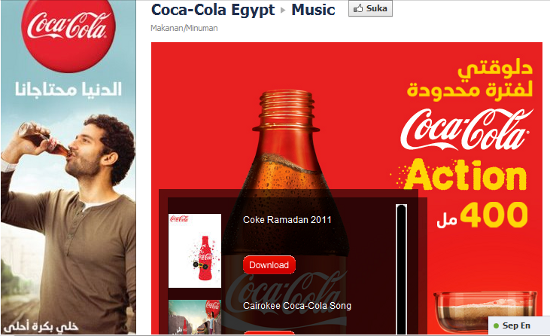 Lesson: Learn the culture of the country, like what Coca-Cola did when they promote of their product in Egypt. Coca-Cola share a music about Ramadhan, because majority people in Egypt is moslem. Ramadhan is religious service before feast day Eid al-Fitr.

The McDonald’s concept was introduced in San Bernardino, California by Dick and Mac McDonald of Manchester, New Hampshire. In 1970’s Mc Donalds start to expand their business in the middle country, start from Costa Rica to Brazil.

Here’s one example of the McDonalds that developed branding of their products in Malaysia.

Lesson: There are two lessons that we can take from Mc. Donalds facebook fan page:
First, Malaysian society is the majority religion of moslem, they are not easy to belive with product with lack of concern “Halal” products offerings of a company. Mc Donalds saw this as an important thing, therefore serve the way making breakfast by McDonalds, it will make they costumer sure that the way making of McDonalds breakfast is “Halal”. 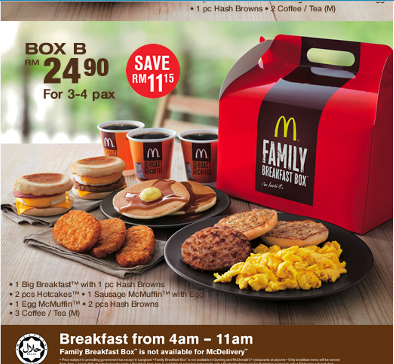 Starbucks Corporation (NASDAQ: SBUX) is an international coffee and coffeehouse chainbased in Seattle, Washington. Starbucks is the largest coffee house company in the world, with more than 17,000 stores in 55 countries, including over 12,500 in the United States, over 1,200 in Canada and over 700 in the United Kingdom, and 53 in Russia.

Lesson: Share your shop location in facebook fan page, it can attract your customer to visit your shop.

Pringles is a brand of potato and wheat-based snacks originally developed by Procter & Gamble. Pringles are sold in more than 140 countries and have yearly sales of more than US$1 billion. In April 2011, P&G agreed to the $2.35 billion sale of the brand to Diamond Foods of California, more than tripling the size of Diamond’s snack business. Pringles brand potato crisps were first sold in the United States in October 1968, and distributed internationally by the mid-1970s.

Let we see what Pringles did when branding their products in Espana, with their facebook fan page. 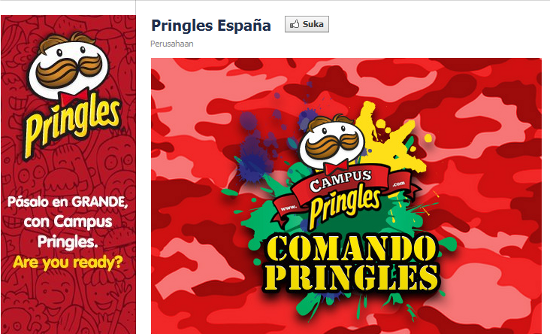 Like we see, Pringles gave “Campus” Theme in their opening facebook fan page. In this theme, Pringles implement to sampling products at a college campus in Spain, as we can see on photograph of some cities in Spain.

Lesson: Give some “theme” to your facebook fan page, make it real to the offline show, and share some pictures. It will make your customer realize that you’re real in their country.

Let we see one example what Red bull did in Malaysia, by their facebook fan page Red Bull Malaysia.

What you see? A product that they called “Energize My Raya”, and below of the product reads “Selamat Hari Raya Aidel Fitri” which means peace the feast of idul Fitri to muslims who were in Malaysia, Red bull also rejoice to welcome Eid al- fitr in Malysia by making product packaging are specific to the feast of the muslims. Very interesting, I think the way Red Bull socialize with society Malaysia with equally celebrated the feast the majority society there.

Lesson: Adjust them products that you offer with existing conditions in the place product marketing, an easy way to socialize with the surrounding communities.

Subway is an American restaurant franchise that primarily sells submarine sandwiches (subs) and salads. It is owned and operated by Doctor’s Associates, Inc. (DAI). Subway is one of the fastest growing franchises in the world with 36,013 restaurants in 98 countries and territories as of January 17th, 2012.[1] It is the largest single-brand restaurant chain globally and is the second largest restaurant operator globally after Yum! Brands (over 37,000 locations).

Subway in everywhere, yes its true like we see in this example subway have a sluice of facebook fan page with the original language, with multiple photograph profile, marque subways different in every country that has been adjusted with interests and preferences, surefire trick to more closely consumers in various countries. 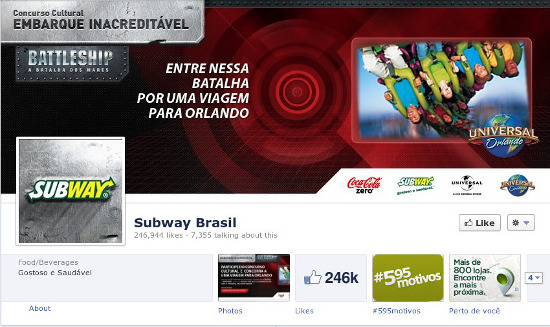 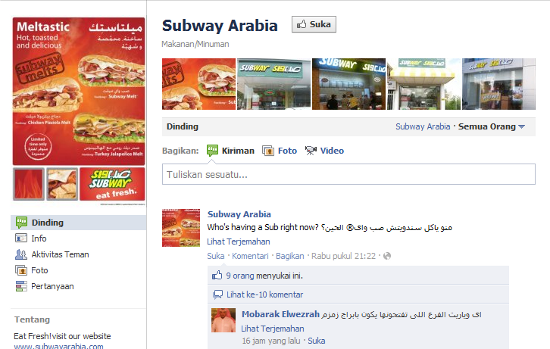 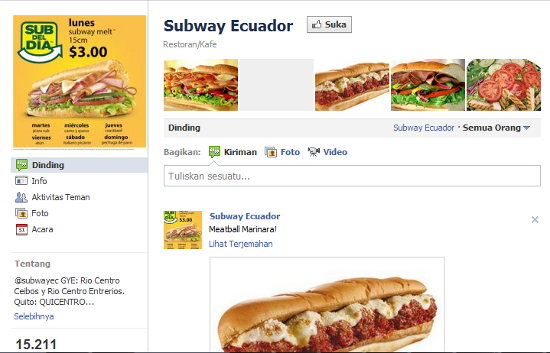 Lesson: Doing research on color, shape, and a sense of joy in each country that will have you headed, adjust with the product you are going to market.

The world economy is rapidly undergo reorientation towards the middle class is growing in the East and South, and the social innovators will follow, helping consumer, and the power of citizens to create change. These facts can also be intepreted that the focus of innovation in the social, cultural, economic, even has undergone a shift. This shift demands change scale of priorities, marketing strategies, and so on. Middle country seem to be promising new branding area amid the global economic crisis that plagued Europe and America at the moment and the furnace of the global economy today is in the area of industrialization in East and South, such as China, Brazil, Mexico, India, and Nigeria.

Anyway, these are secrets that’s been done by 6 Food & Beverage companies by using facebook fan page to open market in middle countries, HOw about you? Are there any other secrets that you can share? Feel free to give your thoughts in the comment below.