Business Advice: What has been Done by Intel to Boost Sales

As we have seen, that the business PC (Personal Computer) becomes slows down day by day, even the brand Intel longest in the PC field has experienced declining profits. As we can see in the chart below (the data is from Morningstar Direct).

From these data we can deduce the development of Intel’s share price at each quartal decreased gradually. Of course, as a leading company Intel will not remain silent to accept the sales decline. They take steps some few branding strategies to survive.

Previously, we have discussed the 5 tips that should be done Intel to get back the glorius. Today, we’ll learn What has been Done by Intel to Boost Sales below:

#1: Merge with other company

The market is getting saturated with a PC or laptop, the current consumer today need more practical gadget, lightweight, powerful and inexpensive. The answer is of course the tablets and smartphones. These gadgets are now to be favourite in every among consumers.

And Intel has seen this phenomenon, although many people assume Intel late to confront the emergence of smartphones and tablets but Intel will not give up, in this case Intel working with Indian companies named Lava by issuing smartphone product called Xolo X900. For those wanting specifics, the smartphone is powered by an Intel Atom Z2460 Medfield SoC roomates processor runs a single-core 1.6GHz CPU and Saltwell includes Hyper-Threading, a PowerVR SGX540 GPU running at 400MHz and 32 bit Dual-channel LPDDR2 memory.

The phone also featured with a 4:3-inch LCD (non-AMOLED) screen with 1024 × 600 resolution and an 8-megapixel camera with an added 10fps burst-mode; allowing for an impressive 10 pictures per second. The camera is also capable of 1080p HD video recording and is complimented by a 1.3 megapixel front-facing camera. 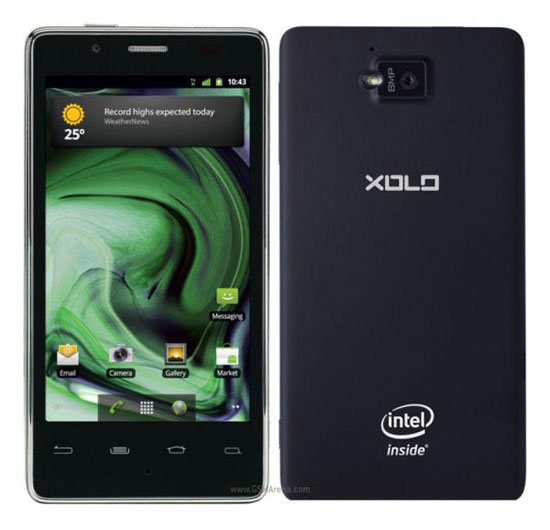 The latest news is a bit surprising that is Intel CEO Paul Otellini who was only 62 years decided to resign, but usually Intel CEO retiring around the age of 65 years. Paul Ottelini is the fifth CEO since Intel stand, paul career at Intel had nearly 40 years, Paul’s decline many argue because Intel has suffered a setback and thus require a new younger CEO and taken outside. Reportedly the selection of a replacement CEO Paul this time taken from both internal and external side, but so far Intel’s CEO is always taken from the Internal alone.

This indicates Intel hopes leader who has understanding, more broadly, so that the decision to allow the external CEO candidates deemed necessary for the performance of Intel refreshes over the years, it also aims to present a new program at Intel that can increase sales profit.

Intel began to understand the business competition with ARM increasingly losing position, as evidenced by point No. 1 where Intel took steps in the merger with Lava smartphone proves that the Intel was ready to change its marketing strategy during which only engaged in the PC and laptop are beginning to dare to create new products for smartphones.

Intel has hopes to revamp its market share to the field can restore the Intel smartphone usual circumstances, such as by increasing sales profit.

Currently Intel is ARM rivals who have first entered the smartphone market and has been successful in the market. To compete with ARM, Intel willingly invest over $ 4 billion to buy 15 percent stake in ASML, a manufacturer of chip-making machines from the Netherlands.

Analysts predict that Intel will be able to save $ 2 billion per year by using the technology ‘wafer’ 450mm, compared with 300mm process commonly used today. Wafer wider will be able to save on production costs as the number of slices that can be produced will also be more. Such transition is recorded can provide savings of as much as 30 to 40 percent of the cost of the mold

This collaboration will ensure ASML position as a leader in the production of the latest generation of chips, as well as encourage the growth of the company is to continue to progress in developing this technology.

Intel has seen new business opportunities in the smartphone market, which for a country of India Intel already holding lava to create products Xolo X900. Mike Bell, general manager of Intel’s Mobile and Communications Group, joined Intel President and CEO Paul Otellini onstage at the CES keynote Tuesday afternoon to show the phone more broadly, but it was already getting the lion’s share of attention Earlier in the day at Intel’s booth at the Las Vegas Convention Center.

Smartphone manufactured by Intel is also holding its android as OS, allowing its users to download thousands of apps from the app without pay until the costliest property.Intel take s good strategy of using android that currently is being reached the peak of his success with unrivaled facilities, because of that have made Intel-owned smartphone would be the perfect smartphone compared to other smartphones.

As a leading company of course not surprising that Intel has undertaken a wide range of possibilities and a surefire way to keep the company became the top leader brand. With the right branding strategy Intel has demonstrated to its customers that Intel is not outdated and still deserves to be considered. Evident from the fifth Intel struggle has done well the market has been welcomed, even Intel also entered the emerging markets in middle country, this can we see that Intel merged the lava company from india, Intel was ready to fight with its competitors.