Do you still remember the case of Samsung vs. Apple? Just a reminder, case Samsung and Apple are about patents owned by Apple that are used by Samsung. Apple alleges Samsung violated used about 7 patents. Generally there are two types were debated by Apple and Samsung, the first is a utility patent that controls the features of smartphones and tablets and physical design patents covering outdoor display device.

Samsung ultimately convicted by San Jose court in California, basically are you not curious, what did happen to Samsung after suffering defeat with Apple?

Here are the 5 things that happen on Samsung after suffering defeat:

Verdict on the Samsung stated copying Apple’s design and ordered to pay damages of $1 billion resulting in fall in stock prices Samsung to 8 percent. This of course cannot be avoided in the stock market, with Samsung’s proven guilty of Apples cannot prevent shareholders to retain or release their stocks and shares in the capital market Samsung valued lower than usual.

Based on the picture above, the table shows that sales increased Samsung. According to a survey of 16 retailers conducted by Trip Chowdhry, director of equity research at Global Equities, two Costco stores have sold out of the phone Galaxy S III which runs on the AT & T and T-Mobile, as well as two of the three Sprint stores have sold out. Chowdhry said, three Verizon stores still have a smartphone, but the seller is reporting that Samsung has beaten the iPhone for a month.

This is because costumers are concerns that will be drawn because Samsung products infringe patents owned by Apple, costumers basically really like Samsung, with a relatively cheap price they can get with product quality assurance, and technology that are fairly sophisticated. Although an Apple has beaten Samsung I doubt the customer will switch to Apple because Apple prices are indeed quite expensive compared with Samsung.

#3: Samsung should change the design

Picture above is the Samsung galaxy engineering drawings in the next year. Why the triangle??

In view of the recent court verdict rendering Samsung guilty of infringing on Apple’s design patents, observers and industry pundits have predicted what Samsung’s next batch of tablets and smartphones will look like. Because Apple iPads tablet and even the shape of his patented shaped box, so Samsung galaxy tab design is required to replace hers with other shapes can be squares, triangles or round can. Are you going to use the tablet with the form above or round shape? Even what the shape of the tube? 🙂 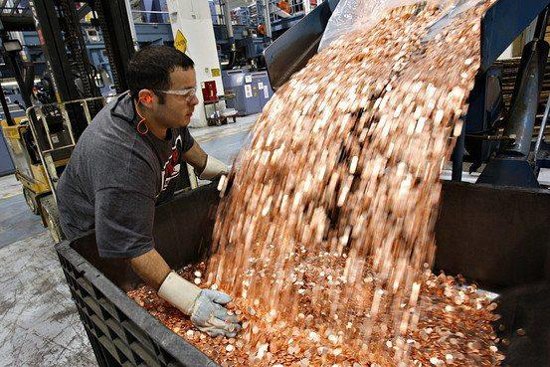 Intellectual feud between Apple and Samsung in the United States (U.S.) entered the final round. U.S. jury decides Samsung had to pay fines to Apple for U.S. $ 1.05 billion. In this case, the interesting thing is how to pay the fine to the Apple. Samsung bring in 30 trucks that transports money for 5 cents at U.S. $ 1.05 billion at Apple’s headquarters in California.

The unique way Samsung to pay fines to the Apple does not violate the law, because that the signed document does not specify a single payment method, the delivery time Samsung told that to Apple: “You can use your coins to buy refreshments at the little machine for life or melt the coins to the make computers, that’s not my problem, I already paid them and fulfilled the law”. Interesting right? 😉

Samsung’s defeat in the Court of San Jose, California recently may have been the impetus to encourage companies to develop closer ties with Microsoft to reduce its dependence on Android.

According to the Korea Times, Samsung is also looking to establish a deeper relationship with carriers in developing new technologies to keep them away from Apple’s patent claims.

Samsung is alleged to have begun talks with the largest U.S. carriers, including Verizon Wireless smartphone to modify the existing design.
“Samsung has been in talks with major U.S. carriers to jointly develop technology design modifications. This will be effective, but we cannot reveal further details at this time,” said a Samsung official telecommunications division.

Basically Microsoft why Samsung will begin to look for the purpose so as not to depend on the android because of actually being attacked by Apple is android who considered stealing features of the Apple. As the statement of the late Steve Jobs in his official biography: “Destroy Android because it’s a stolen product. I am willing to thermonuclear war with Android”.

Dispute between Samsung and Apple is indeed negatively impacted the Samsung with the falling value of the shares owned by Samsung, but a lot of positives obtained from the stretcher disputes, one of which proved to be of a sales level that Samsung actually increased. Although Samsung has outdone by Apple costumers still love the products produced by Samsung. In the end this dispute war, costumers who choose which products are favored and which are not.

What do you think? Which among of these two brands do you like? Please share your thought with us below.

The Best Logos of December 2012