Anger can have an impact in marketing, of course is not good for a company, but did you know there is creativity behind anger. At first glance of course when you are dealing with angry customers, employees or business partners, you only can see negative effects. But, did you know that? Angry feeling in marketing can change behavior ranging from ordinary until drastically.

You may also like to read the Part I of this post series, Case Study: 5 Top Brands Started Solely from Anger Reactions – Part I

Today Netflix is the world’s leading Internet television network with over 44 million members in 41 countries enjoying more than one billion hours of TV shows and movies per month, Including original series. But, did you know that the history behind the formation of Netflix?

It began in 1997 at Scotts Valley California, Reed Hastings the owner of Netflix has been forced to pay $40 for overdue fines past the due date after returning Apollo 13. This is what makes he feel like being robbed and finaly do a drastic step.

Since that the company has build its reputation on the business model of flat-fee unlimited rentals without due dates, late fees, shipping and handling fees, or per tittle rental fees. Surely the service offered by Netflix ‘s quite tempting to consumers, which always forced to pay a delay in returning rental movie.

Lesson learned: Treat your customers like friends, than give them comfort, and friendly service.

In August of 1971 Frederick W. Smith-identified the tremendous difficulty in getting packages and other airfreight delivered within one to two days. This is because of monopoly conducted by the U.S. Postal Service (USPS), that in general the postal service “had a legal monopoly on the delivery of documents. With the monopoly makes the medical, banking, and legal professions were angry with this situation.

In 1964 Bose was founded by Amar G Bose, this company is a company that manufactures loudspeaker, noise-canceling headsets, and automotive sound systems. Did you know that? Background of the establishment of the company is because Amar G Bose feel angry and dissatisfied with another brand?

At that moment one of the famous American magazine is conducting a review named Norman Eisenburg who really knew his music. Interested to try loudspeaker, Amar went with his son ​​to buy and put it in car. After he purchased the loudspeaker he was disappointed with its performance. This led him to research the importance of reverberant (indirect) on perceived audio quality sound.

As you know now, British Airways and Virginia airways is a rival. They will fight each other to get the most consumers. This competition has started since two decades ago, precisely in 1984 when Virgin Atlantic launched on a celebrity – packed inaugural flight from London Gatwick to Newark, New Jersey. Sir Richard as a owner British Airways Launched a libel action over the dirty tricks claims against BA in 1991. 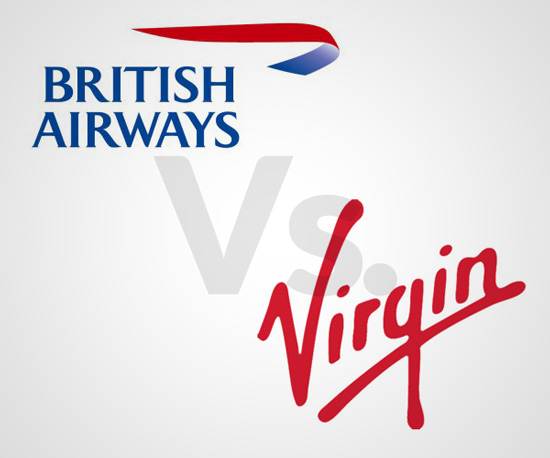 British Airways did a sneaky way with spread the rumor that the virgina airways is insolvent. In the end Virgina Airways had difficulty obtaining flight permission. In 1991 is the era of competition becoming tougher accompanied with other cases in court. Until in 2012 each company spending millions on new aircraft, routes, kits and adverts try to convince customer rival that it flies higher, faster and further. What a mess competition!

Lesson learned: when have to face of business competitors should use legal means and do not spark a fight.

Leadership Steve Jobs of Apple’s certainly has developed very drastically, a lot of states say that Apple’s is a smart company who passes his time.

As you know Apple have so many competitor, one of them is IBM. The competition between this two rivals happen when Apple signed an agreement with IBM to share part of the technology that Steve Jobs Long – awaited new computer.

Since the existence of the agreement for years between Apple and IBM compete to dominate the personal computer industry. Under a $10 million licensing agreement, I.B.M. is said to be buying the right to use the symbols and commands with the which the user will interact with Mr. Jobs ‘s new computer. The technology is known as a user interface. An industry executive close to the agreement said IBM plans to use the technology Jobs on computers that run the Unix operating system.

Of course, Steve Jobs became very angry when know this, because he concept is used by IBM to launch a new computer. And what happens next is on two occasions, once in 1984 and again in 1985, while Mr. Jobs was still chairman of Apple, the company placed television advertisements attacking indirectly IBM The first, shown shortly before the introduction of the Macintosh, conjured up images of IBM as an Orwellian ” Big Brother ” and was Widely applauded. The second suggested that business users who purchased the IBM computers were like lemmings walking off a cliff. Until now the two companies are still a rival to prove who is the best.

Lesson learned: Be careful when it entered into an agreement with another party.

Of course, anger is inevitable because the wisdom of a company sometimes does not fit with the wishes of the other party. Angry management is needed to cope with a problem more wisely. The fifth story above is an example of anger brand that do drastic steps as a respond to a brand that has hurt them. Follow these lessons that you can learn in this article for better understand angry mangemen with more wiser, because of working in marketing with people who truly love your brand will provide a positive impact for your brand image.

What do you think? What are your thoughts on using anger for marketing? Please leave your comments below.