Many of marketers have to face an angry customer or employee by mistake as part of company roles, and of course it is not easy to do. Anger costumers can affect not to good for the brand image of the company and of course will reduce earnings.

In the face of an angry costumer is certainly required a special strategy for alleviate the emotions of costumers. Anger costumers should be handled properly, because the impact anger customer can be very unpredictable. Did you know that? There is a competitor of the top brands came from angry customers! Of course, as a marketer you do not want to create enemies for your company right? That’s why in this article I will show you the 5 brands that become competitor as a anger reaction to another brands.

Back in 1960’s Ferruccio Lamborghini is known as the entrepreneur’s tractor owner that booming at the moment. With a lot of wealth, he finally decided to indulge him selves by buying luxury cars Ferrari. After buying the car he was unsatisfied, he think to enhance the car needed a few things.

With anger Ferrucio make drastic step, he built his own notch performance car company and show Ferrari what he missed, and you know that what happen next until now between Ferrari and a Lamborghini is a rival in Cars Company.

Lesson learned: Be good listener and never underestimate your customers. 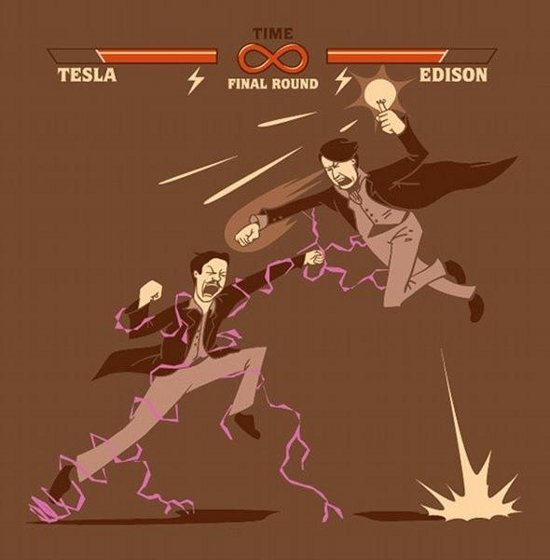 Did you know that, even anger reaction from existing customers or employees already begun at the time of Edison!!

In 1884’s alpha Thomas Edison who was a world renowned inventor receiving a brilliant young Serbian engineer named Nikola Tesla. After working several years as a Direct Current (DC) electricity in Paris, Tesla reveals new method using alternative current (AC) that is not like DC can transmit significant amounts of power over long distances. According Tesla, Edison rejected the idea with reason his idea waste of time and the resulting risk of high voltage, but Edison promised to give a gift of $50,000 (about $1 million today) as a bonus if his idea successfully.

Knowing will get reward promised by Edison, Tesla worked extra hard to realize the idea, and he did it! But unfortunate, Edison did not provide the promised prize and said that it was just a joke. Tesla was angry and decided to stop.

Eventually Tesla decided to continue the idea by securing patents and industrial interest Pittsburgh George Westinghouse. When Edison heard Westinghouse moved into the electricity business, Edison mocking him. But it is not long before Edison held public demonstrations surprising to discredit AC power.

Ultimately AC technology Tesla won the war, but the competition inventors ‘ turned into one of the greatest battles in the history of corporate America. A mega – merger of Edison General Electric and Thomson – Houston in 1892 created a GE who went toe – to-toe with Westinghouse.

Lesson learned: Do not underestimate your employees, because ideas from your employee can appear quite remarkable.

Do you ever heard of Rudolph and Adolph Dassler names?? If you answer they are inventors Puma and Adidas than you correct?
Did you know the two rival companies are siblings? Actually, it is quite unfortunate that the company they work together before initially separated into 2. This is because in 1936 the two brothers got their big break designing footwear for the U.S. Olympic athlete Jesse Owens. During the war, Rudolph was accused of sympathizing with the Nazis, and possibly even working for the SS. Supposedly he was convinced that his brother turned him in Adolph. And after the war was over, the two brothers could not work together. They’re factory was split in two in 1946.

Since then Rudolph had Puma and Adolph had Adidas. The two brothers feud lasted for years even descent between the two become enemies. However, lately the grandson of Frank Rudolph taking jobs from Adidas and they are finally officially ended their feud.

Lesson learned: When have to face anger with co-workers should not be allowed to drag on because it will become fatal consequences. 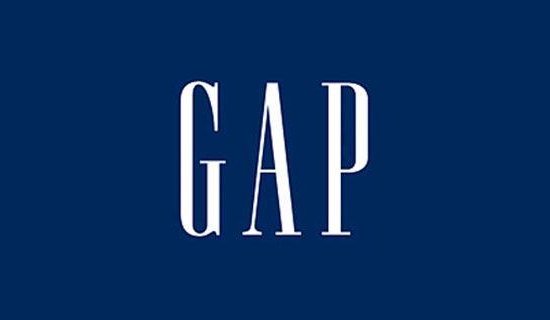 Gap history this time not because owner Donald Fisher angry about a particular brand, but he was angry at every store in the Bay that sell Levi’s jeans because they do not want to order a pants suit size with him.
Having a body with a large size is often constrained in fashion, but that does not mean they don’t have right to use it right?

This is what makes Donald Fisher became angry because there is no store that considering his desire to wear Levis’ jeans. Without a plan he developed a retail company that is currently known as GAP. With his business started with a pair of jeans that provides some size for ages 12-25 years.

Lesson learned: Learn the costumer needs to know the products they need.

The Taj Mahal hotel is five star hotels in India which was first built in 1902. The history of this hotel because Widely believed that Tata has denied to enter a hotel just because he is a citizen of India whose skin color, the hotel accepts only whites living alone at the time. But there are also stories say that the history was progressing because of protests from Tata over power that invaded British India at that time.

Lesson learned: Avoid discredit a race or people when serve your customers.

costumer anger is a scathing criticism on the performance company and this angry can affect extreme anger as I tell you in this article. Of course, the impact of competitors with a personal grudge against the company is not good. It is recommended to the marketer to manage the settlement of the problem and for any costumer who has been let down.

What do you think? What methods do you use when your customers angry? How do you manage complain? Join the conversation below and let me hear your thoughts!