Design is a subjective entity and no matter how much the technology will evolve, it will remain very subjective. Practically, no design project was created to be unanimously accepted as being beautiful. However, it’s quite sad for a designer to work for days and nights to realize a good project only to be asked by the client to remove some items and eventually to change the colours!

On the other hand, this situation is absolutely normal! Humans are imperfect beings and it’s impossible for us to create something perfect! More pragmatically thinking, the purpose of a designer should be to avoid making any mistake and not to create the perfect design. Learning from other people’s mistakes is a sign of wisdom and maturity and the designers should be aware of this idea.

Logo designers are part of the huge design community, too; therefore the above ideas are valuable in their activities. Unfortunately, the logo designers are still making huge mistakes and sometimes a very poor logo has unimagined negative effects. Although this is not a “scientifically” classification, logos may be grouped in this way:

In conclusion, each logo designer should try to create, at least, good logos. This means that a logo designer must avoid making huge mistakes. As you probably have guessed, we established a short list of deadly mistakes for you. It’s impossible for our posts to be perfect, so we ask for your personal contribution. It will be great to share with us what you consider to be a capital mistake that must be avoided.

Usually, the less experienced designers consider that by creating an agglomerated design they will impress the clients. The subliminal idea is that negative space is the symbol of unfinished work. In fact, the negative space is very necessary; it lets the viewers “breath”.

In logo design the “too much” syndrome is present on three fronts:

#Shapes
Adding many shapes into a logo will make it complicated and people will hardly recognize it. In addition to that, many shapes are difficult to be handled by the logo designer and in the most cases the message of the logo will be confusing.

#Fonts
Even if it’s apparently negligible, each font has its own personality and a professional logo designer must deeply understand the “personality” of the fonts that are used into a logo. Adding many fonts is very dangerous. Using various fonts that have different “personalities” will make the message of the logo unclear. At the same time, similar fonts are useless. So, why shouldn’t one use a single font?

#Colors
Just like in the case of fonts, colours have personalities and it’s extremely difficult to find more than three colours that can fully work together. In conclusion, using more than two colours and two fonts is risky.

#2. Typography shouldn’t be ever ignored

Selecting two fonts that are making the perfect team isn’t enough to have the certitude of a good logo. Usually, a logo is a simple structure and each small imperfection is instantly noticed by the viewers. As you know, the fonts may create some troubles due to some defects and from time to time is necessary to adjust the space between letters. It won’t be a mistake to carefully study each pixel of the letters inserted- in this way any risk is minimised.

#3. Timeless is the ultimate purpose 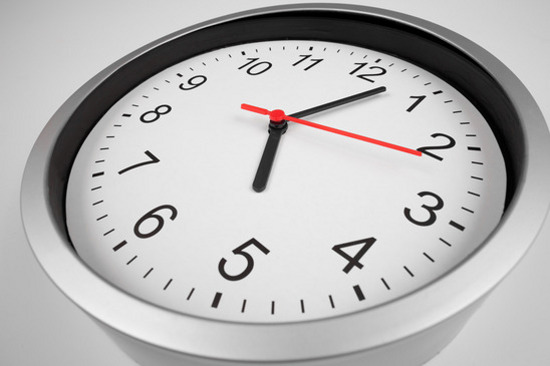 A part of the logo designers are very easily influenced and in the most cases it’s not a good thing. The customers are very influenced by the trends and ask for their logos to respect the trends in order not to be outdated. Altogether, the trends are coming and passing very quickly and it means that a logo must be frequently redesigned. In this way, any branding strategy will fail because the visual identity must be changed according to the logo and people won’t ever become accustomed to it.

Making a logo that isn’t scalable is a deadly mistake that will be observed on long time perspective. The majority of the clients will say that their logo will be used only into the website and nothing more. Following this idea, the logo designer won’t pay attention to make the logo scalable and good for print.

A professional logo designer will create logos that are scalable and good for print no matter the client requirements. It’s possible that across time the respective client to change his mind and will create a huge billboard for his business. A logo that isn’t scalable is a real disaster in this case. In conclusion, a vector format is highly recommended comparing to raster solutions.

Another huge mistake that is frequent amongst logo designers is to neglect the research phase. Behind each wonderful logo is a great concept. Yeah, logo design is about inspiration- in some cases a designer may create five great concepts per day but it may happen not to have a single concept during a day when lacking the inspiration. Working under pressure (clients, deadlines) is the “best environment” to create and use poor concepts. Unfortunately, nowadays, fewer and fewer people have the calmness to resist to the everyday pressure.

If a logo looks awesome, another good logo should result by copying it. It’s totally wrong to think this way!!! Even if the Internet seems infinite, sooner or later a duplicated logo would be noticed by someone. It’s the moral duty of logo design community to emphasis any case of duplicated logo- it’s a thievery and it must be severely punished.

Another mistake is the use of visual cliché- definitely, it’s Ok to use these- it’s not a thievery, but the logo will look common and boring. It’s very difficult to create an original logo, but using shapes or techniques that are everywhere used is the guaranty that the respective logo will be a big fiasco.

I hope that I don’t disappoint you; making capital mistakes is easy and a professional logo designer can’t allow the luxury of such a mistake. In conclusion, work hard and be very careful to any aspect!