Well for those who have used Tumblr, Pinterest is something similar but it talks in pictures more than text. Also, Pinterest allows you to create multiple sub blogs or boards so that you can ‘pin’ relevant items together. Being a social networking site that it is, Pinterest lets you view and search the boards of others and can be compared to Delicious for the concept. Pinterest however has a girly side to it and is excellent for word of mouth referrals.

Pinterest witnessed a sudden rise in traffic during the months of Dec 2011 and Jan 2012. Studies reveal that most Pinterest users are women between the ages of 18 to 30. Pinterest is interesting and easy to use. It feels very much like scrapbooks. Just collect the pictures that you like and affix them at a board of your choice. This website has suddenly become the target for many online marketers definitely because of the sudden rise in traffic. The website was launched in March 2010 but it is still an invite-only website. Though it does not take much time to receive the invite and sign up. 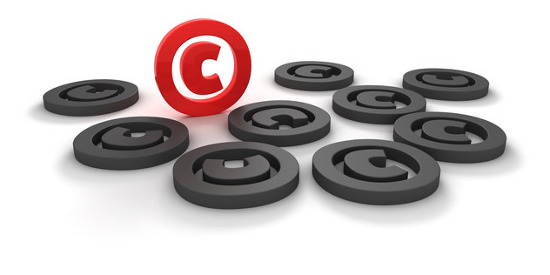 Pinterest encourages you to pick up stuff that is not rightfully yours and put it up on your boards. Even though this looks like a cute thing to do, it might face copyright infringement challenges. When marketing begins and popularity of your profile begins to matter, it becomes important that what you share on your boards is actually yours. Is Pinterest prepared for future? What is the plan?

The Piracy Debate and Social Websites

Recently a bill called SOPA was introduced for consideration in the US to protect copyrights of intellectual property. There has been a lot of debate over the issue and Internet users wanting freedom to post and write whatever they want. There has been a lot of discussion around the world upon how to manage these issues. There is a particular freedom of speech that every one requires even on the Internet. A balanced solution is yet to be reached but copyright
infringement is definitely a hot topic for now.

Pinterest clearly mentions in its Terms and Conditions in block letters that the risk of ‘stealing’ the pictures lies with the users and the website does not hold any responsibilities for it. This looks like a smart idea to keep out of all trouble. It is a sad fact that most users do not bother to read the TOC partially or completely. This is not the kind of condition Pinterest users are going to like.

Pinterest offers a code to websites that would not like to be pinned. Flickr is one of the famous sites that has started to use this code to block images which are copyrighted and should not be shared using Pinterest. Now with users already scared of sharing ‘stolen’ images and the best of images already blocked, where does Pinterest find its scope to grow? That question is yet to be answered by Pinterest and its users.

With all this going on, the fate of Pinterest in uncertain. What the website wants to achieve is also unclear at the moment. But definitely, it is just a service and it is up to the users what they want to make out of it. The future of Pinterest can be good or bad but it would definitely be interesting.

Claudia is a blogger by profession. She loves writing on luxury and technology. She has been following Shakira from quite a time. These days she is suffering from common cold.

A Guide to Logo Design in Five Steps