50+ Step by Step Photoshop Tutorials in Designing a Logo

As a business owner have a logo for your business is very important, especially to build your brand identity.

But you should be careful in selecting one. and one of the considerations when designing a logo is that of a logo must be appropriate, aesthetically pleasing and a reflection of the company’s credibility.

Today, we have collected 55 very useful photoshop tutorials that will help you creating an amazing logo for your own business.

by Jonathan Olsen
In this Photoshop Tutorial, you’ll learn how to design a mascot based on the Firefox logo, and mimic the fire effect using the pen tool and gradients.

Create an amazing Ad in Photoshop 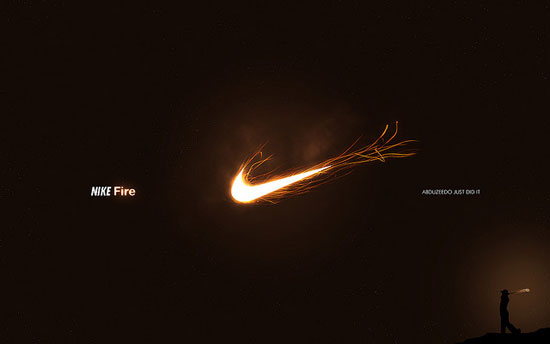 by Abduzeedo
This tutorial is just an exercise I did with my friend Cameron trying to create a Nike ad, it’s not commercial, it’s just because we love some of their ads and we’d love to be able to design one, maybe someday. So in this tutorial we will use some images and play with Blend Modes and Color Adjustments to create a really cool Nike Ad in Photoshop.

by ART-D
Learn in this tutorial how to create interesting and modern wallpaper.

Create a Cool Music Logo on a Grunge Background

by Kyle Pero
I really like the artwork that is used in Pitchfork’s Web site, so I decided to recreate something similar in Photoshop and make a tutorial on how I did it. These techniques can be used to make a logo and background for a cool grunge-style Web site.

by Fun Tutorials
Hi Friends! Today I am telling you about How to Create Photoshop Football Logo Stock Photo

How to Make a Badass WordPress Logo 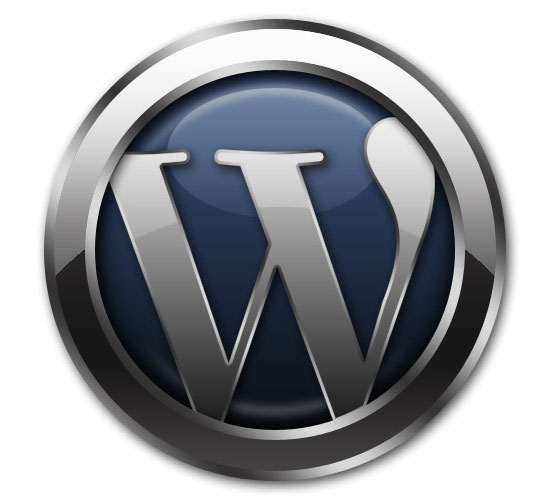 by Jon
I was in a store the other day and walked by a sign with a logo that had an amazing shiny/metallic look to it. So, I whipped out my cellphone and took a picture of it. I spent a while trying to recreate the look but came up with something a little different. I applied that look to a WordPress Logo. This is how I did it…

by ART-D
A detailed tutorial on how to create this awesome Google Chrome logo. 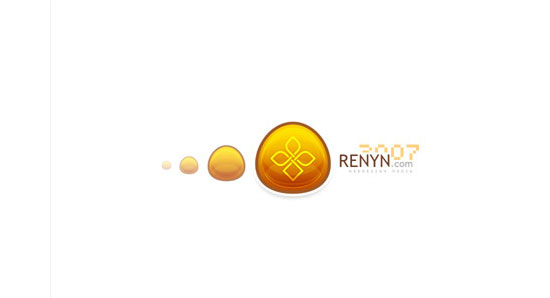 by Renyn
A new way…. MY way to make everything “jelly” ~ Enjoy and have fun. 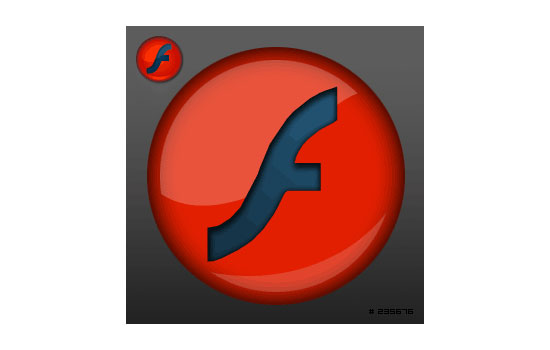 by MICK MOOLHUIJSEN
Duplicate the logo of Macromedia’s Flash, which I I have to use for school a lot. The logo is kinda simple to make and I will teach you how to make it.

by adobeperson
We use adobe photoshop and other software so much that I thought I will create the famous Adobe image or text logo, so enjoy! 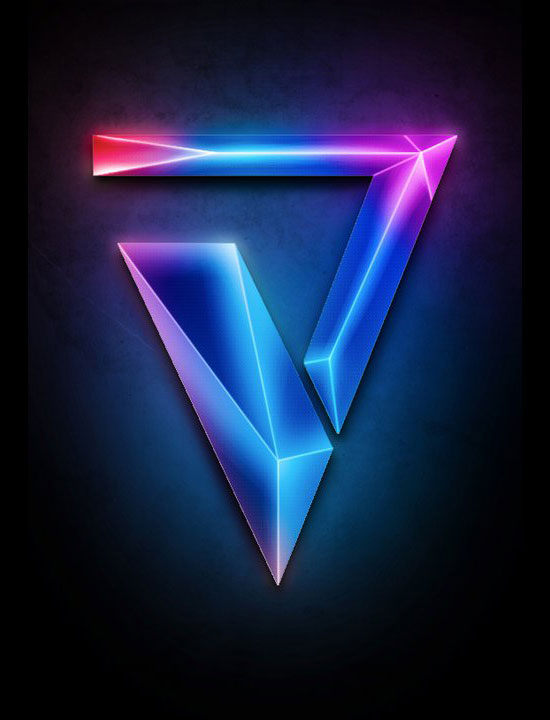 by Vigan Tafili
Today I have a great tutorial, brought to you by nagiViTy, a designer who has brought us a lot of inspiration. In this tutorial he’ll show you how you can make a 3D logo in Photoshop with the Polygonal Lasso Tool. 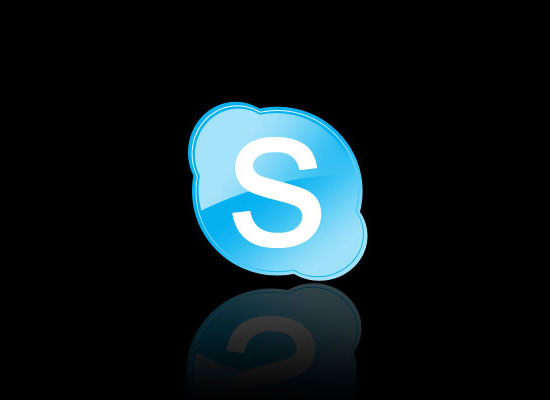 by ART-D
A useful photoshop tutorial to create Skype Logo

by Photoshop Star
In this tutorial i am going to show you how you can create one logo with web 2.0 style.

Learn how to create a Futuristic Logo in photoshop 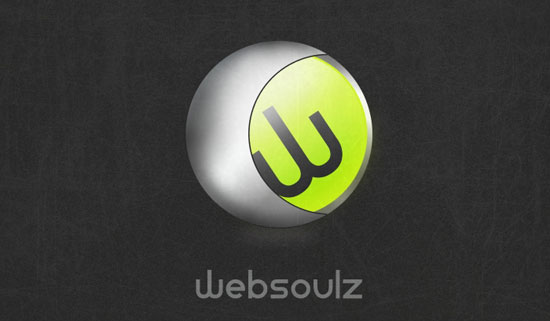 by Anum
This tutorial will help you create a futuristic logo that you can play with and change to make your very own.

by Fun Photo Art
In today’s tutorial we will demonstrate how to create a realistic cool E Commerce logo using layer styles, dodge and burn Tool. Let’s get started!

by eccemedia
We have recently given our a1m.at logo a fresh look with a needed makeover. So we’ve decided to show you guys the design process behind the new design.

by ENTHEOS
Today we are going to make a 3D futuristic logo in Adobe Illustrator & Photoshop. We’ll use adobe illustrator for the whole shape and color textures and then for finishing touches we’ll use a bit of Photoshop. 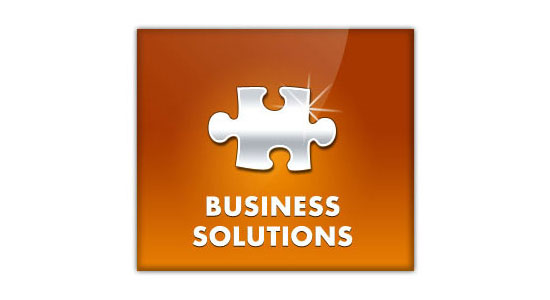 by ART-D
This tutorial will show you how to create a modern logo for your company or for web site. 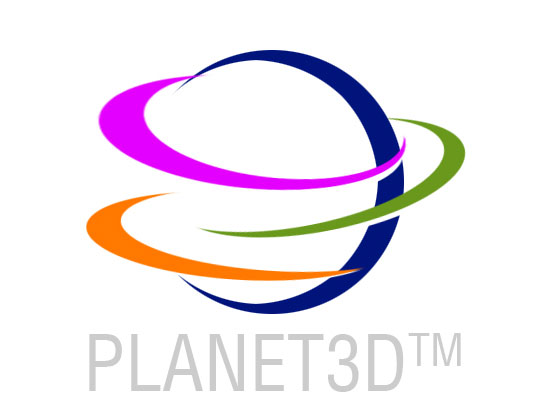 by Mopacity
This tutorial will show you the steps to create an effecive logo that has ribbons appear in a planet shape.

by OriginMaker
Having your company logo design done by a professional can be an expensive process. In this tutorial you will learn how to design an effective web logo in photoshop. 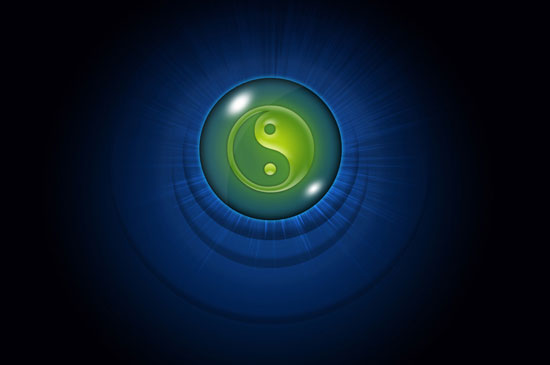 by ART-D
Heres a great way for creating a logo, that we can use with or for any site or business.

by Mark
Learn how to create a professional web design logo. We’ll show you several ways of working with text in this tutorial.

by Alan Wardle
This tutorial is inspired for our fictional freelancer, who had studied in Japan, we chose the name ‘Juritsu’ for this project, which is the Japanese word for ‘create’.

by zenelements
Create an Origami Logo in Photoshop with this tutorial, getting a little taste towards one of the predicted trends for 2009 Logo Design.

by Johnson Koh
A photoshop tutorial to create a beautiful wooden text effect.

by PhotoshopRoadmap
Wired Magazine introduced on the September 2008 issue a new headline design created by Mario Hugo. This cool headline design struck me with its beauty and simplicity. So I decided to turn this effect into a Photoshop tutorial.

by PhotoshopRoadmap
This is a nice and easy effect with great looking results. We are going to learn how to create a watercolor text effect painted over a wet paper. 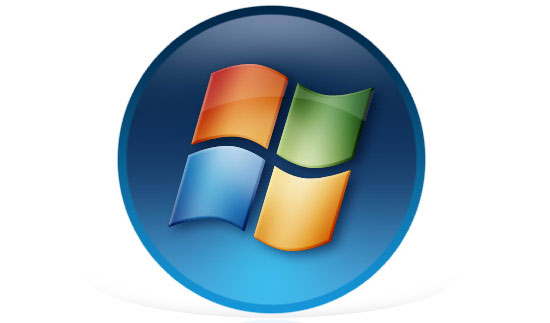 by PSD Graphics
Simple step by step tutorial – how to make Windows Vista Logo – Photoshop Tutorial. Learn how to make a mirror and glossy effects, and how to use Photoshop tools – gradient, pen tool, bevel and emboss, eraser tool etc.

by Jeka!
Hallo and welcome in making the ATI LOGO tutorial. For this one we will use Photoshop and a mere mouse. We will use basic PS techniques and a little bit of layer styling.

by gnews
Hi friends . . . you know how to create the Photoshop create crest logo tutorial in Photoshop? Let’s see, how to create. 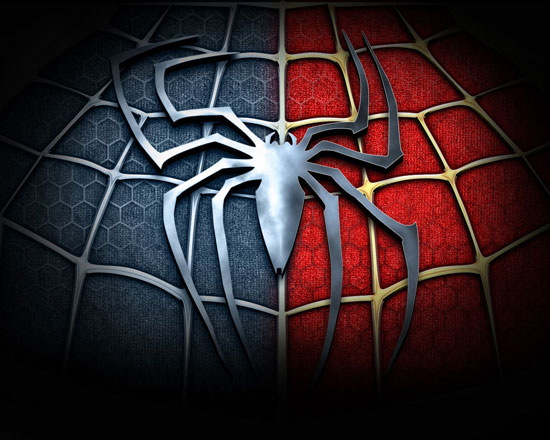 by ART-D
Decorate your desktop with this amazing spiderman logo wallpaper concept.

by Jeka!
Hallo and welcome in making of the EURO 2008 Logo design. I thought it will a great idea to create this tutorial during the EURO Championship. So I hope I will be a nice one. 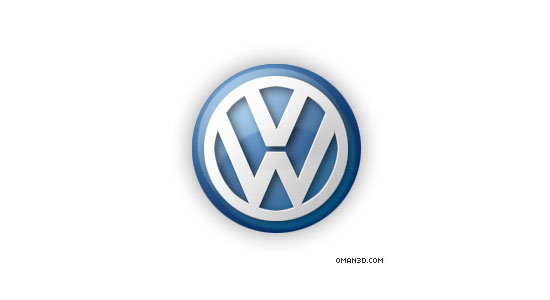 by Dr Diablo
This tutorial is going to show you how to draw the legendary Volkswagen emblem logo by using Layer Styles, Radial Gradients, and the Polygonal Lasso selection tool in order to do the tracing part.

by Aviva Directory
Hi all, and welcome! In this tuturial I will try to show you how I normally make my pics look retro! 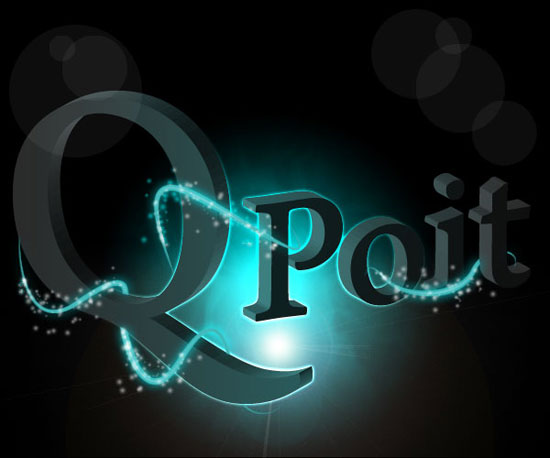 by marco folio
I’m now going to teach you how to create a glowing and sparkling intense light 3D glow logo. This tutorial shows different techniques that I learned in the past couple of weeks and it’ll surely blow others away.

by John Ward
This Adobe Photoshop tutorial will show you how to create a rounded logo, inspired by the Versus cable network. 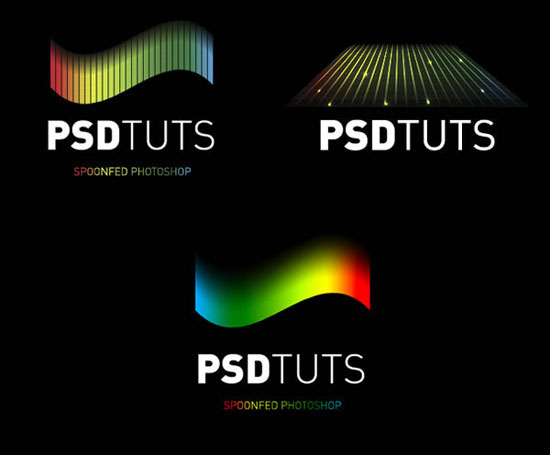 by Fabio
This tutorial is another user’s request. It’s an easy technique, but I’m sure you will be able to use it in all sorts of designs. It’s very versatile. In this case, I used this technique for a logo, but I could use it to create grids with light effects as well.

by Jeka!
In this tutorial we will make Sony Ericsson logo in about 20 minutes. Besides this you will understand how to save your time, changing layer styles and using the copies of your initial effect or form. So let’s go.

by Yahya
In this tutorial, we didn’t explain how to creata a logo but how to change your logo into a 3D form by using Photoshop.

Create a Frog Logo in Photoshop

by marco folio
In this tutorial I’ll try to teach you the basics of the ‘Pen Tool’, since many people will find it hard to use it for the first time. Of course you can use this technique with other animals to create logos or icons. 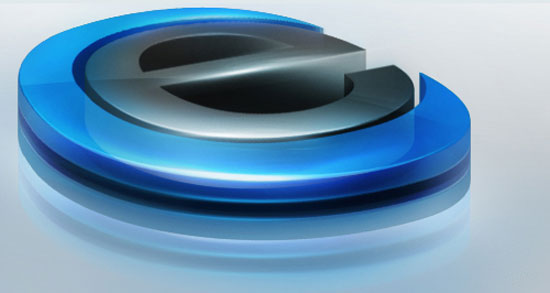 by Axertion
A full length video of a 3D logo being created in Photoshop. There is no sound or voice instruction, but the entire video is directed with captions below. Enjoy

Create a Watercolor Logo in Photoshop

by Drawing Clouds
Create a Watercolor Logo, using different watercolor and paper textures learning different techniques on brushes and layer mask. A few weeks ago I created a wallpaper for the site, I thought it could make an interesting tutorial for every level designers, I hope you’ll appreciate the creation. 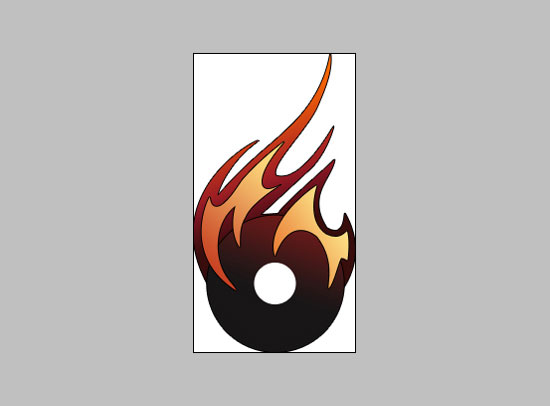 by ART-D
This simple tutorial shows you how to make a cool Vector Style Flame Logo design!

by Zorana Gee
In this tutorial you will receive a brief introduction to the 3D workspace in Photoshop and receive some great tips on how to incorporate 3D into your Photoshop workflow. 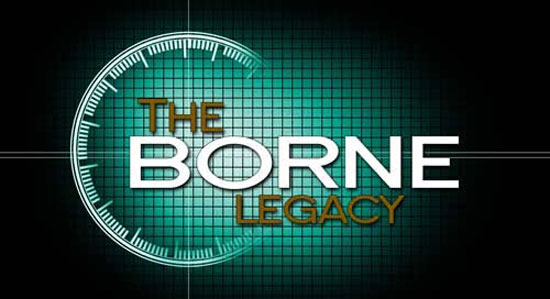 by Designer Tuts
In this tutorial, I will be explaining a very simple and straightforward way of creating Sky’s latest logo. We will be using layer styles and adjustment layers to achieve a transparent glass effect, which will come in handy for many other graphics too. 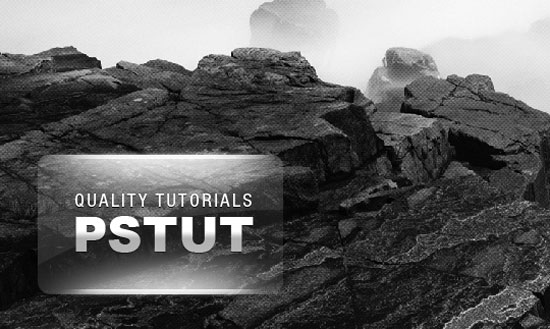 by Photoshop Tutor
I was lurking around the web for graphic design inspiration, and saw a rectangular glassy logo web design concept on Monster Templates, so I decided, “Hey, why not make a Photoshop tutorial?” So basically, we will learn in this Photoshop tutorial how to use our airbrush to achieve a very cool glass effect.

by deziner folio
One of our reader here put up a question on How we had designed our logo. Instead of explaining how we created our logo, we put up a full tutorial on Creating Web 2.0 Style Logos (taking our logo as an example). 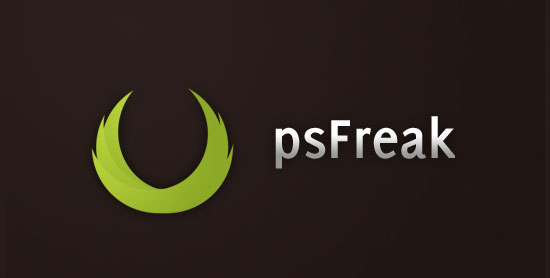 by PSFreak
A great tutorial to create an amazing green logo.

by Photoshop Force
In this tutorial you will learn how to create an elegant logo that would fit in nicely with most any design company.

31 Comments
Leave A Reply
Popular Posts
We Recommend
Windows VPS by VPSServer.com
do my homework for me
Wallester.com White label card issuer