Global warming more often we hear today. Everyone is more aware about the importance of an action in the nature preserve, this phenomenon is no exception for business people. Talking about global warming impact in marketing world, have you ever heard about Green Marketing Campaign?

Just a brief review for you, green marketing is market of products that are presumed to be environmentally safe. Thus green marketing incorporates a broad range of activities, including product modification, changes to the production process, packaging changes, as well as modifying advertising (Source: Wikipedia).

Such as review given the Wikipedia above, green marketing has also been done by some companies. They do some kind of modification in accordance with market needs, here:

Further reading: 7 Advantages When Use Green Marketing on Your Business

Jamie Oliver is a chef who educates the American about what they eat; he conducted a campaign through TV show that aired on ABC that show has all the real-life appeal that drives viewers to watch reality programs – along with the story of a man on a mission usually reserved for documentary films.

Along the way, the show is Rapidly Becoming a brilliant case study in social marketing and how to change beliefs. The last episode aired this past week Jamie Showed making a bet with DJ a local radio in Huntington that could get 1000 people in the city to cook healthy in 5 days.

Over the first few episodes, you also saw Jamie helping school “lunch ladies” to the make healthier food for schoolchildren and working with a small group of high school students on reinventing their lunch menus.

Jamie Oliver can give you an example; the kinds of green marketing that not only do the modification in terms of introducing hybrid products that are eco friendly but also educational tool that educates viewers or consumers with a better lifestyle. 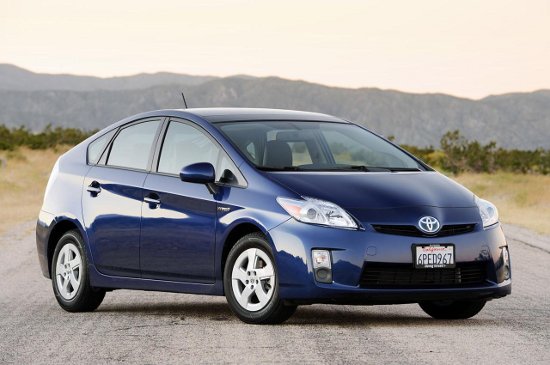 Prices and specifications as the Toyota Prius hybrid cars are relatively higher than conventional cars fuel oil (BBM), because this eco friendly technology is still relatively new in the world even though.

The concept car was developed in Japan when 1997 as a response to concerns about the high society world that global warming is caused by high carbon dioxide released by motor vehicles.

Toyota Prius concept car is using petrol and electric power sources. With the technology of course this car more fuel efficient and most importantly, lower exhaust emissions and eco friendly.

Be some related awards that have been achieved by Toyota Prius was certified as super ultra-low emission vehicle (SULEV) from the California Air Resources Board and the Advanced Technology Partial Zero Emission Vehicle or vehicles with near-zero emissions levels, from the same agency.

Timberland LLC is a US-based global manufacturer and retailer of outdoors wear with a focus on footwear. Timberland footwear is popular for hiking, mountaineering, and casual wear. The Company also sells apparel such as clothes, watches, glasses and leather goods.

In 2007, Timberland was named the 78th best employer in the US on the CNN Money “One hundred best companies to work for” list. Timberland is a strong proponent of corporate social responsibility. (Source: Wikipedia)

As you already know from the information provided by the Wikipedia, Timberland is a company that does have a purpose for corporate social responsibility, so it is not surprising that timberland campaign which I will discuss this time doing green marketing campaign.

But this time timberland make the uniquely campaign named with earthkeeper who have to goal of recruiting one million people up to become part of an online network designed to inspire environmental change. A new Earth keeper product collection has also been unveiled. 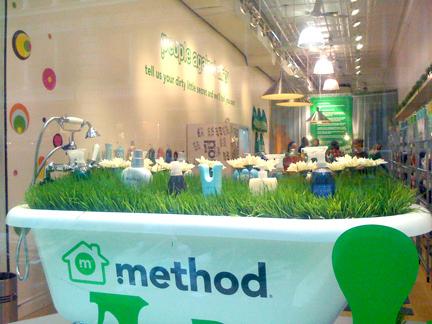 Method Products (branded as method) is a San Francisco-based corporation which produces nontoxic, biodegradable natural cleaning supplies with a focus on minimalist product design. Among the company’s first products was an hourglass-shaped bottle of dish soap, designed by Karim Rashid.

The company was founded in 2001 by Eric Ryan, a designer and marketer, and Adam Lowry, a chemical engineer. In 2006, Inc. magazine named Method the 7th fastest-growing private company in the United States. Method has gained recognition for its commitment to sustainability, including taking innovative steps to measure and reduce its carbon footprint.

In September 2012, Ecover, the Belgian manufacturer of green cleaning products bought Method. Both brands are all gross sales of approximately $ 200 million. (Source: Wikipedia)

Modifications made to the method similar to the two products above, he developed a product that can ensure the cleanliness but still love nature, without leaving a trace that can damage the environment. This method of green marketing focus to offering quality products that is not inferior to other products but have the advantage of being able to preserve the environment.

All of Method’s bottles are completely recyclable and made ​​from 100% recycled plastic. The design of the packages Themselves is scored against Method’s very own “green card” program that ensures roommates considers the recyclability of packaging design, packaging weight, reusability and compost ability.

As you already know, Starbucks is a coffee shop that have go international, Starbucks always brings something else that can attract customers, such his campaign this time I think this unique, the theme is encourage consumers to do planting, painting and sweep the streets for street.

As you can see in the example image below, Starbucks campaign conducted by this time quite successfully with the many volunteers who love the idea what Starbucks do. Starbucks-owned green marketing campaign you can emulate this is to do with the media using Facebook campaign.

So that green marketing is a marketing term that takes into account environmental greening by such modifications made ​​by the above companies. By doing green marketing campaign the company automatically become unique that could be the main attraction for consumers.