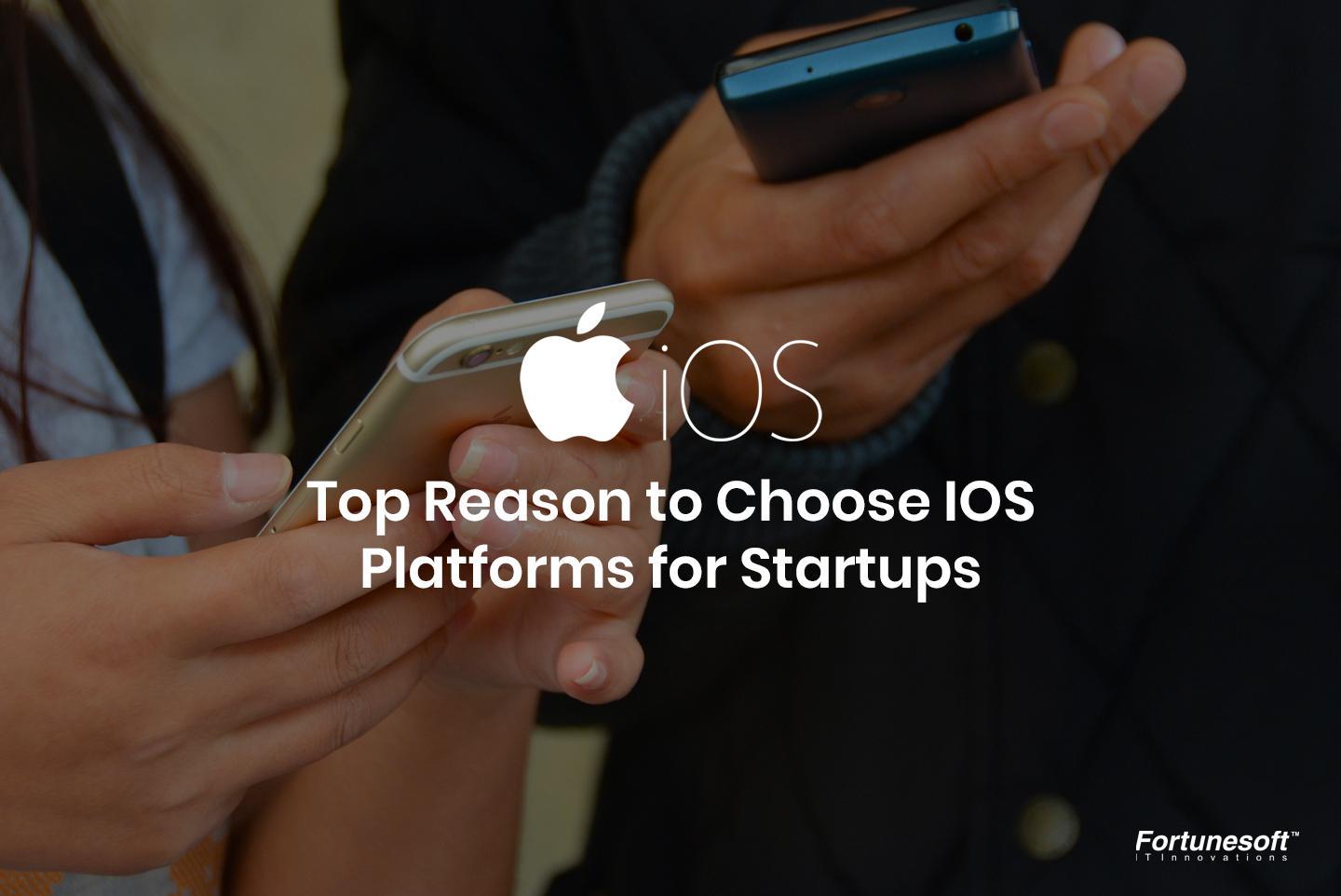 One question that rises up pretty often is whether to choose Android or iOS app development. iOS and Android are widely used platforms to build apps. Considering the current demand for both, which one do we pick?  We have listed down few reasons to choose iOS platform that would help in relating the requirements with the platform that shall be chosen.

A common knowledge is that most of the development companies build apps for apple users first. For example apps like instagram was released first to apple users, there are some apps that exist in the apple store but not in the android play store.

Apple devices are more commonly used in affluent parts of the world. Wide ranges of people who use iPhones afford and use innovative apps to fulfil their needs. iPhone app development accompanied for iPhone apps for higher revenue. Alongside the higher revenue, Apple apps usually see a higher number of active users and a higher adoption.

Applications developed for iPhone users provide an incomparable user experience. Apple never fails to provide unique UI /UX environment that would attract the users and developers. Apple iOS provides superlative quality of UI and UX that always comes on the top. Every iPhone app has unique user interface and functionalities that reach out to more users who love trying new apps.

Apple platform are more organized, they have secure market places with rules and quality control methods. These practices provide a stable environment for developers, those results in reliability among the app users. iPhone restricts bad or suspicious apps to be deployed on the app store.

Android is a larger platform with a wider reach to the audience but its users are less active and loyal. Apple users are known for their loyalty to the brand. They are very unlikely to switch to android or other platforms. App startups need this level of loyalty from an audience for their brand to succeed and increase revenue. Hence iOS for business would impact greatly on the growth of the business.

Any business app that features in-app purchases then iOS needs to be taken into consideration. iOS app platform allows to raise some funds through the in app purchase feature. The main intention of developing an app is to reach out to a wide range of users or the target audiences and sell the app and services. Apple has many users who would purchase and explore the app, also who are willing to pay for the app. It is a fact that iPhone apps would give a start up more reach, exposure and revenue.

Apple users are known for their loyalty to the brand. They are very unlikely to switch to android or other platforms. App startups need this level of loyalty from an audience for their brand to succeed and increase revenue.

Android play store is often loaded with third party apps that create bloatware which crashes frequently and slows down the app as well as the phone. Apps that are deployed in the app store are monitored for its quality very closely and prevents from carrier junk flood in the app store.

Android OS supports many devices whereas iOS is unique. iOS is a close source and cannot be altered. Apple controls the core software and upgrades the functionalities in every version of release. This is advantageous for app development companies because the focus can be on developing the app and not worry about making it compatible with multiple devices.

The fact would remain that apps growth and revenue will solely depend on the output and features the app can produce to the users. iOS mobile app development is recommended for start-ups because it provides high level user experience and more exposure. iPhone apps continue to be the first choice for startups.

Jeevan Kumar is a technology enthusiast and strong believer in agile product development. He is a Senior Content Strategist of Fortunesoft IT Innovations a leading iOS app Development Company. A Computer Engineer by education and a technology adherent by passion. His interest in computers & the internet has made him a self-proclaimed geek.