The Impact of Influencers on Social Media Marketing 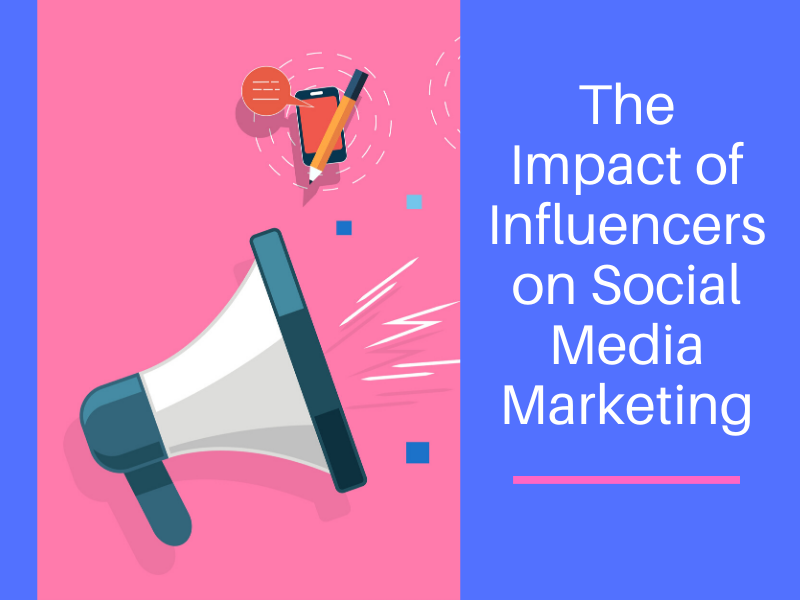 There was once a time when the only personalities advertising products were celebrities. Then, not so long ago it changed and apps like Facebook and Instagram became responsible for the birth of influencers. This boom has seen many big brands working with people with large social media followings and a huge change in the way brands use social media to advertise, but that isn’t the only impact influencers have had on social media marketing and the landscape keeps on changing.

If you’re an influencer just starting out, while you might not think you need a website, a website can act as a landing page or portfolio for your work which you can direct potential brand clients to. Creating a website isn’t that hard with the right tools and advice from MangoMatter.

The Rise of Influencers

What is an influencer? An influencer is a person that has a large following (roughly 10k followers +) on one or more of their social media platforms, the most popular platforms for this is Instagram. Influencers work with brands to advertise, recommend and sell their products on their social media platforms to their followers. The same way fans of certain celebs would buy a product they endorse, that is the job of an influencer. In doing so, influencers are paid by brands and are usually contracted to post a certain amount of posts and reach a number of followers.

Zoe Sugg was one of the first non-celebrity social media influencers and rose to fame with her YouTube channel, Zoella, which has 11.5 million subscribers, reviewing and talking about beauty and fashion brands. Since then, Zoella has published five books, worked with countless brands and released her own beauty brand.

For regular users, there has been some rebuttal. Not everyone uses social media for the same reason and at the beginning of the increase in influencers, regular users were opposed to being constantly sold to without transparency that the post they were reading was a paid advertisement by a brand. Because of this, a lot of influencers found themselves in the line of fire, resulting in regulations being put in place in which influencers must declare when they are posting a postpaid for by a brand, using the hashtag AD but also by using Instagram’s “paid partnership” tag.

The Impact of the Influencer

Until the invention of ad blockers, brands were successful in using affiliate advertising to market their brands. However, most people now use ad blockers to remove these advertisements, great for users, not so great for brands who have products to sell. With influencer marketing, brands can advertise their products directly to potential customers, this brings us to talk about the benefits of using an influencer.

An ethical clothing brand would choose to work with a ‘slow fashion’ influencer because their followers will already be the right target audience. In this case, an influencer saves brands time working out where their audiences are because they are already following the influencer that will market the products. All brands need to do is find the right influencer for the job – judging by their content, number of followers and engagement. Take a look at our guide on what you should consider before hiring an influencer, if you want to find out more about using a social media influencer.

But what is in it for the followers?

Followers are more likely to pay attention to social media influencers because of their reliability and because they are deemed more relatable. For someone who has been following an influencer for a while, they may feel like they know that person, they like their personality or as mentioned before, they have similar interests. Most followers of influencers will trust the person in terms of what they are being sold which is more likely to generate likes, clicks and sales.

Influencer marketing has changed the way that brands use social media to market their products and services. With most of us using a smartphone, we are only ever a few clicks away from a Paid Partnership post and this direct approach means that brands can reach us more easily than ever before. If the boom of the last five years has shown us anything, it’s that influencer marketing is not settling down any time soon.

Want to know more? Find out what 2020 holds for the future of social media influencers.

Marketing on a Budget: 10 Tips for Fintech Startups